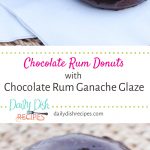 Chocolate Rum Donuts with Chocolate Rum Ganache Glaze are so easy to make and taste like they took forever. Creamy glaze covering a moist chocolate rum donut. What could be better? 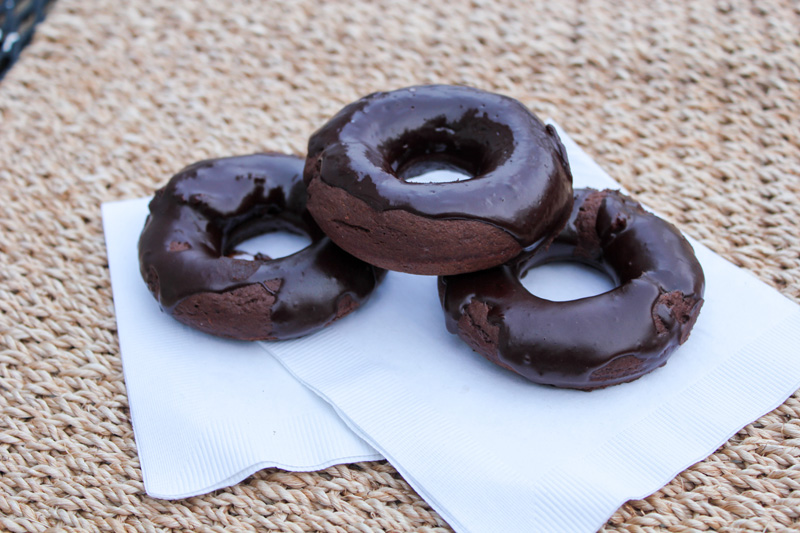 Sorry my letter D post for the #atozchallenge is a little later than normal, not a big deal but I was helping a friend clear her site of some nasty malware this morning and I felt like that should take priority over my silly letter post.

However, truthfully, it’s not REALLY a silly letter D post… after all it’s donuts. Or doughnuts. How do you spell doughnuts? I spell it donuts, that’s because I am American. But then I’ve noticed that doesn’t always matter. Anyway, donuts are hardly silly. Just saying. 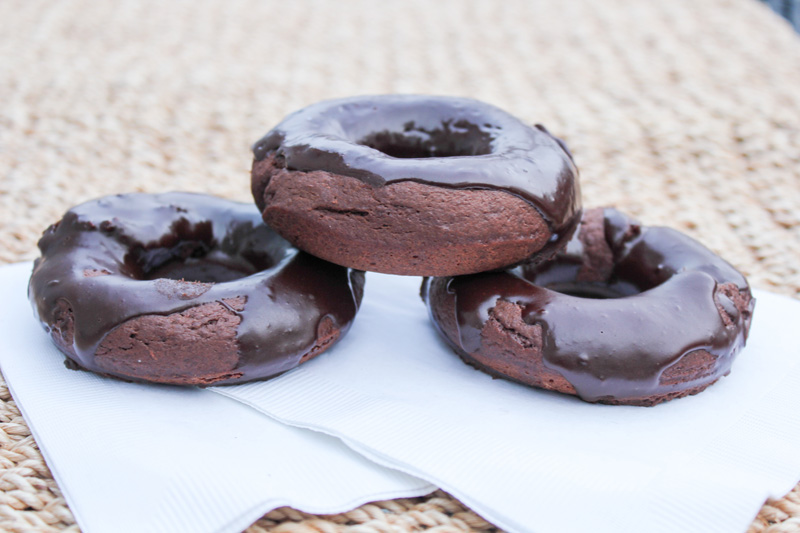 Anyway, not only do I have donuts, I have Chocolate Rum Donuts. Yep. They are AMAZING. You could potentially make them and eat them all by themselves, but I can’t do that. Nope. I have to ,, smother them with a gorgeous, shiny layer of Chocolate Rum Ganache Glaze. They didn’t last long. Seriously.

Photos are courtesy: Brielle Humphrey from www.briesbites.com – the only photo she forgot to take, wishing she had, was broken open – these donuts are so soft, and moist and chocolaty. AMAZING. The crumb is beautiful and so, so moist. Love them. I don’t think they appear moist in the photos but I assure you, they are. 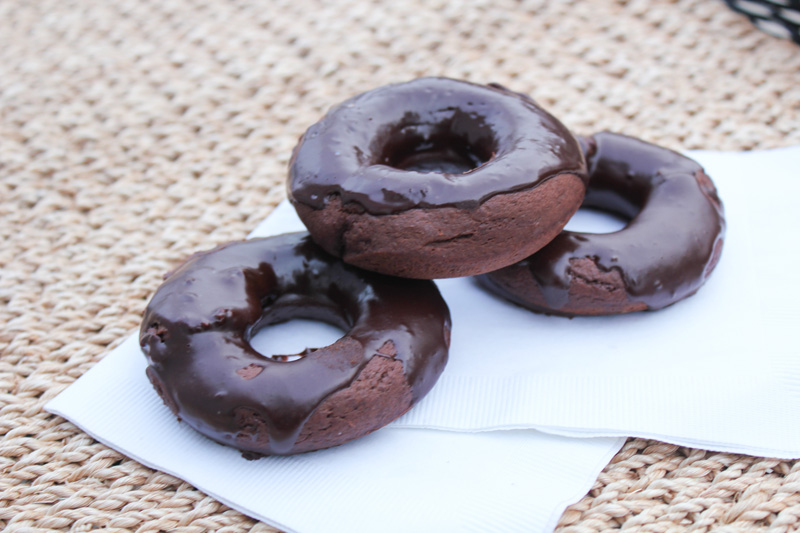 For the Chocolate Rum Ganache Glaze

Flour - I have tried both cake flour and all purpose - the results are similar but the cake flour does give it more of a cake like outcome. Taste is the same.

Check out my other recipes posted for the A-Z Challenge:

If I wanted to use real rum in place of extract, are measured amounts equal? Or how would that compute into the recipe?

I found a conversion for actual rum to rum extract - so just reverse the numbers and try that. Good luck! https://www.reluctantgourmet.com/rum-extract-for-rum/

I made these donuts tonight, replacing the rum extract with Whaler's Vanilla Rum. They didn't rise very much and came out kind of dense. Still, the flavor is quite good. This is my first time making donuts and i'll defiantly give it another shot. Thanks for the recipe!

Hi Paula, these to tend to be a bit denser of a donut, and I did not get a big rise out of mine either. Since I have made other similar donuts, I didn't think anything of it, but maybe I will play around and tweak it to see if I can get them to rise a bit. Thanks for trying the recipe. I'm glad you liked them. I have several donut recipes on the blog with many more coming. :)

Omg. Yum. My kids would totally freak if I made these. I just might have to try. On Sunday. A2Z Mommy And What’s In between