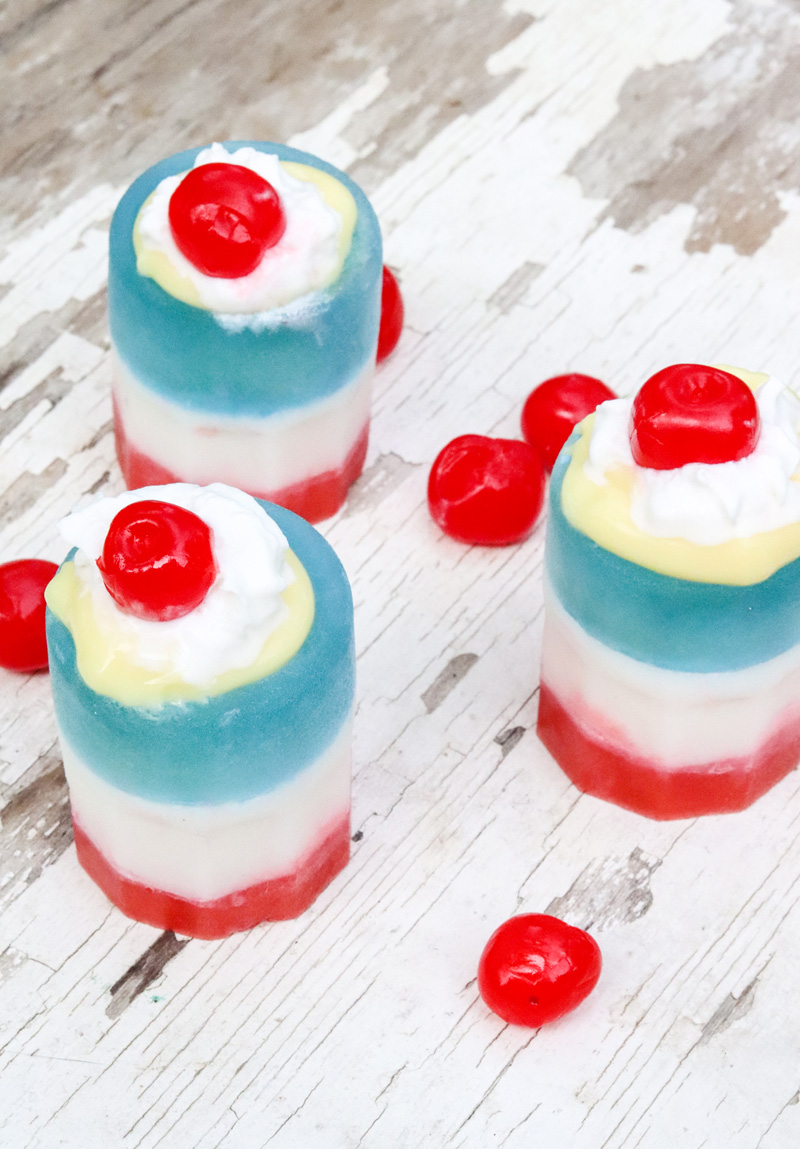 Hello friends! This week has been FULL of recipes for a fun cookout, but today I’m bringing you something fun to celebrate the Red, White and Blue! These Patriotic Pudding Firecrackers were so much fun to make and especially delicious to eat! They were a huge hit with the younger crowd, though I will be honest – I rather enjoyed these too.

They were full of fun berry flavor, vanilla pudding and ice cold, for a refreshing treat on a hot day. 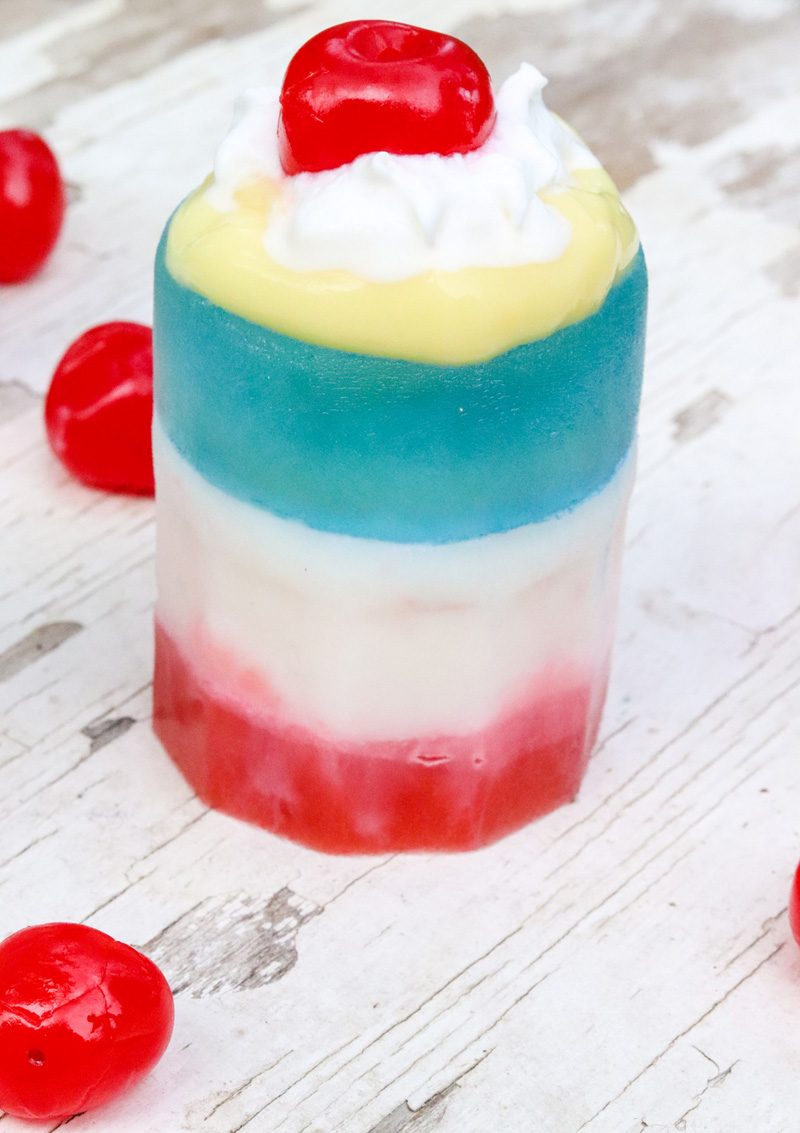 For fun we decided to use ice molds to create these little mini shot glasses. Basically because I was dying to use them for something and this just seemed like a fun project. All I needed was red juice, coconut milk, clear juice and blue juice. I used Gatorade because I liked the flavors.

I basically kept the blue Gatorade (Cool Berry) and the red Gatorade (strawberry) as is, but I mixed coconut milk with clear Gatorade (Glacier Cherry) for the middle stripe.

You could also fill these cute little ice shot glasses with something other than pudding. Maybe ice cream, or make slushes. 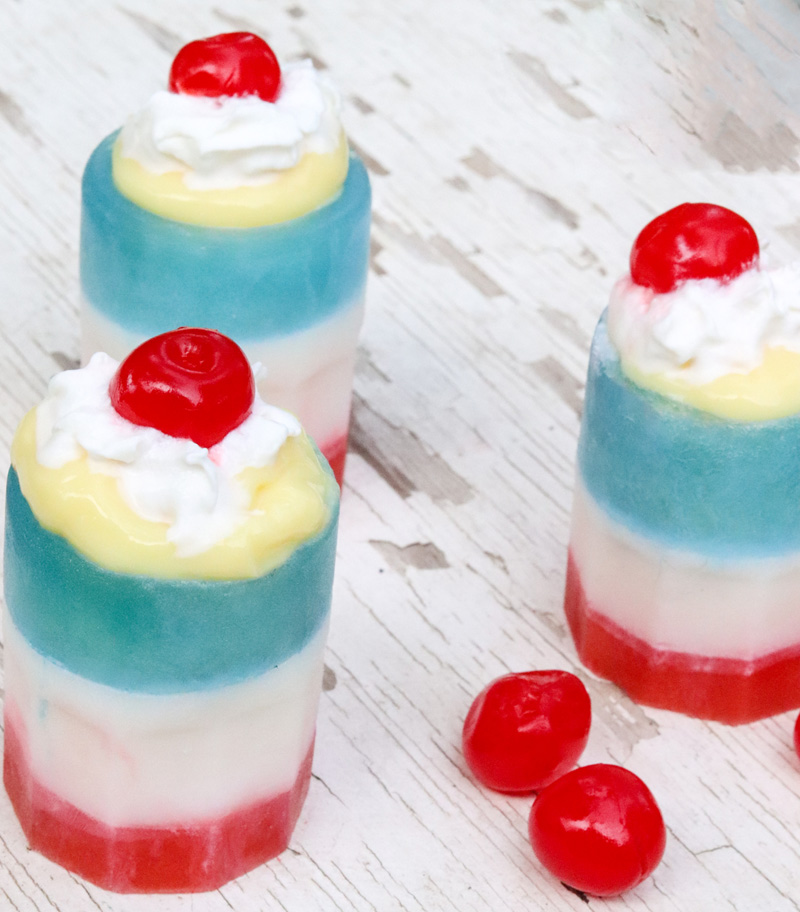 This is the mold I bought for the Ice Shot Glass.

Here are some tips on how to use these to make these Patriotic Pudding Firecrackers: 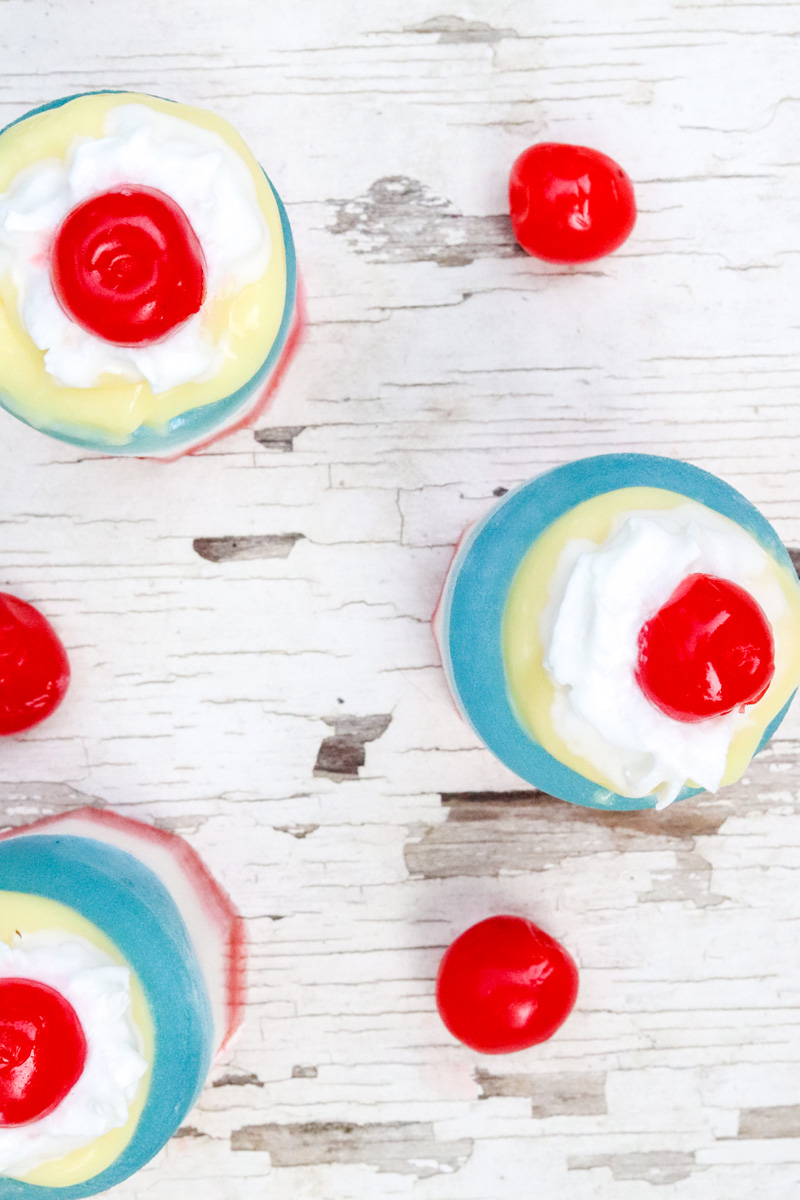 Ready to see what everybody is whipping up for today’s Red, White and Blue event? 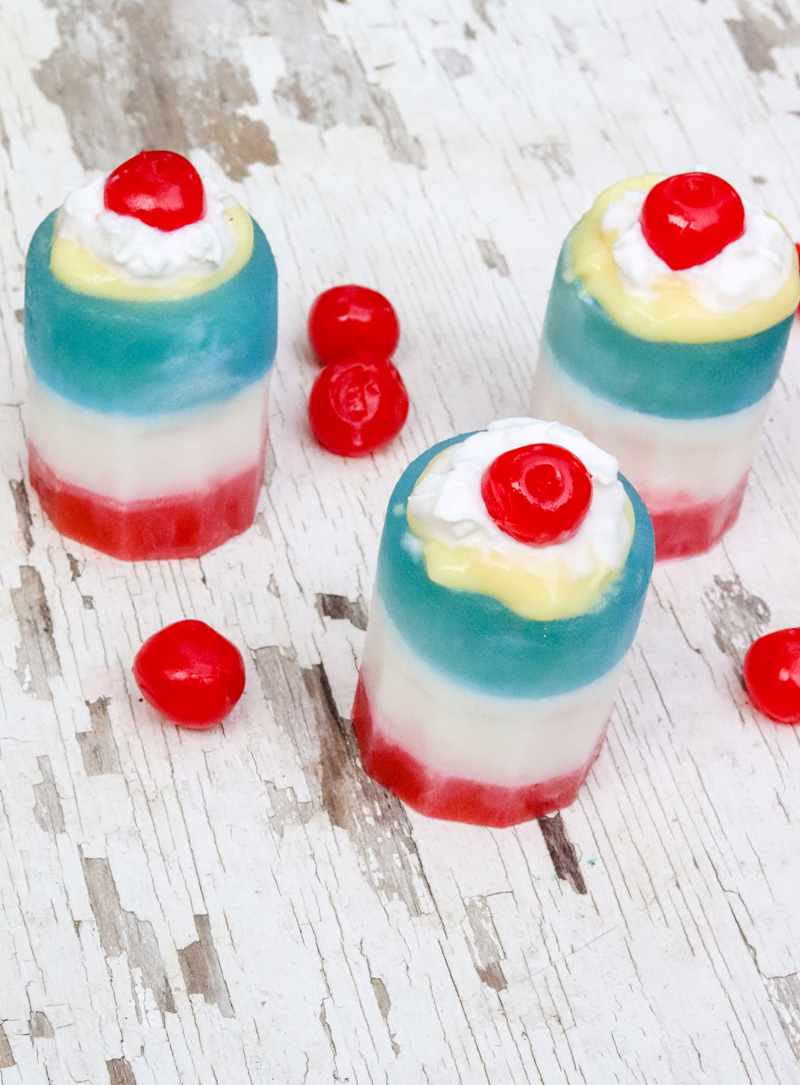 When ready to assemble

More Patriotic Recipes perfect for the Fourth of July, Memorial Day or any red, white and blue worthy event:

I need to get me one of those molds. They look so fun!! And delicious!

I absolutely loved the tip on how to make the liquids for the mold be even. You are such a smart woman! And these are perfect for summertime fun!

It was tricky, but after a little trial and error I finally figured out the best way. Plus I had a great friend mention she wanted my tips so I had to make sure I included them <3

Very different, Nicole, I love it! Lots of flavor going on here! Sounds so much better than just colored water.

Wicked hot here in New England, these will hit the spot!