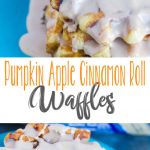 It’s hard to believe we are already in November, and that holiday planning is upon us.

I look back at 2015 and wonder how in the world we got here. But we did and it’s true, only a month and a half left of Christmas shopping.

This time of year I love to make special snacks and meals for my family that are remeniscent of the season, as well as traditions we have every year.

I love using seasonal ingredients and flavors, and most of all I love using products that make these recipes easier to do.

All of these things were present in this delicious, but very simple recipe.

It really all started with a trip to Walmart (because seriously they have everything!) to pick up some Pillsbury®Sweet Rolls.

Our Walmart has a HUGE selection of great Pillsbury® products, like Pillsbury Grands!®, Crescents® or Sweet Rolls.

They are staples in our home.

To make these Pumpkin Apple Cinnamon Roll Waffles, first you simply chop up some apple and put int a bowl.

Next, toss in some apple pie spice and brown sugar and mix to coat.

Then you toss in a few tablespoons of pumpkin puree and another teaspoon of brown sugar and again, mix it all together.

Now, take your can of Pillsbury Cinnamon Rolls, and open them up.

Unroll them on a cutting board so the cinnamon filled side is up.

Spread your Spiced Pumpin Apple across the top evenly, but leaving about 1″ to the end clear (so when you roll it back up it doesn’t all come out.)

Simple roll the cinnamon rolls back up carefully.

Now, slice the cinnamon rolls on their lines so that they don’t have filling hanging out when you “pull them” apart. You want to use a knife to slice them because its a clean cut. Simply heat your waffle maker, and then follow your waffle makers directions for length of time to cook.

Mine took about 3-4 minutes per waffle to cook, but it could take more or less time depending on your waffle maker. 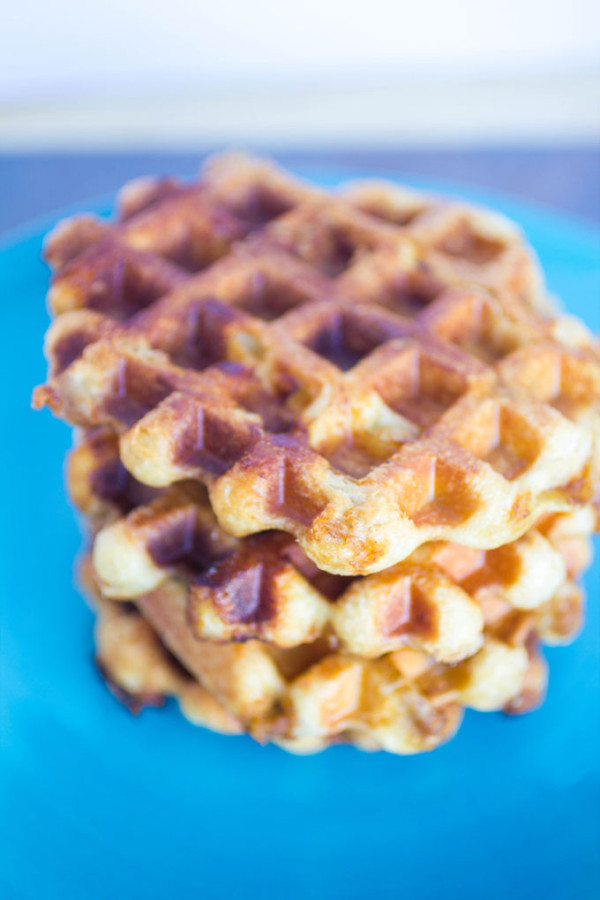 Have you ever made waffles this way? I know we love changing it up with the different flavors and making them seasonal anytime of year!

This is a sponsored conversation written by me on behalf of Pillsbury. The opinions and text are all mine.

When I was a kid I loved those cinnamon rolls so much. I love that you jazzed them up for a fun, fancy breakfast with little work.