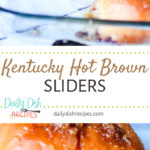 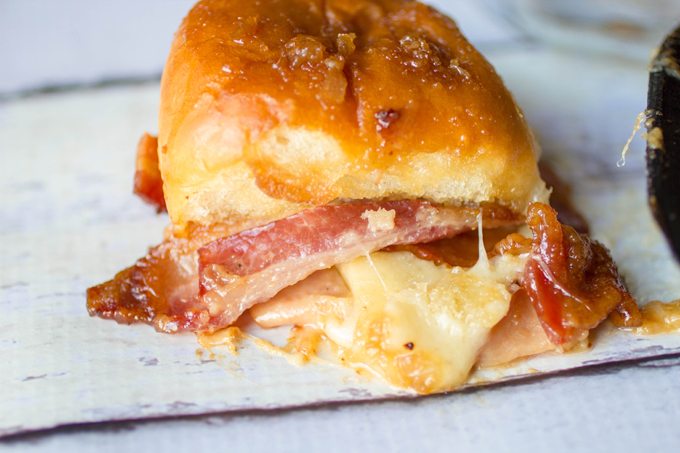 The first time I had a Kentucky Hot Brown Sandwich, was in fact, in Kentucky. Imagine that?

They’ve been around since 1926 created at the Brown Hotel in Louisville. But recently for a get together we were having, I was looking for something easy to make.

It’s almost more of a knife and fork sandwich. So why not Kentucky Hot Brown Sliders?

So what is a Kentucky Hot Brown Sandwich? 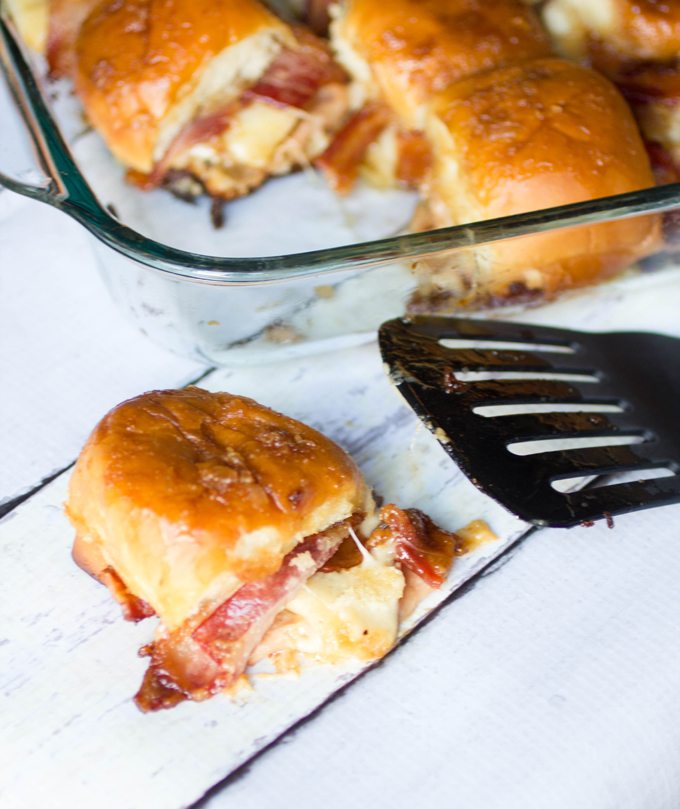 The Hot Brown is an open-faced sandwich, which most of think of as knife and fork sandwiches.

Made of turkey and bacon, covered in a Mornay sauce and baked or broiled until the bread is crisp and the sauce begins to brown.

My mouth is watering and I am drooling just giving you this description.

There are a million variations of the Hot Brown, including some made with ham AND turkey, tomatoes or pimentos and sometimes the Mornay sauce is made with a commercial cheese sauce instead of the Mornay Sauce.

What is a Mornay sauce?

A Mornay sauce is a Béchamel sauce with shredded or grated Gruyère cheese and egg yolk added.

This is what tends to make the sandwich so messy.

So let’s talk about these Kentucky Hot Brown Sliders. Since I wanted them to be as close to what I had when I visited Kentucky, I went with turkey and bacon, a winning combo regardless of where you are eating it.

I also decided against the true Mornay sauce but only because I wanted these to be able to be eaten without a knife or fork. I instead used fresh slices of Gruyère cheese which melted beautifully and held everything together.

Building them was easy.

Simply slice the rolls in half and spread some mayo on. 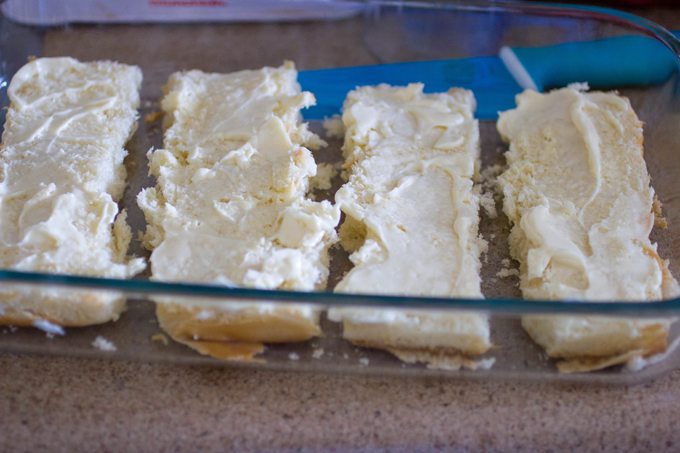 Top with a slice of turkey. Yum!

Time for some cheese. Add a slice of Gruyère to each one and then sprinkle parmesan all over the whole mess of them.

Don’t worry if some gets own in between them. It will stick to the bread and once cooked, add a lot of flavor to that too.

I made a mess, but I don’t really care. 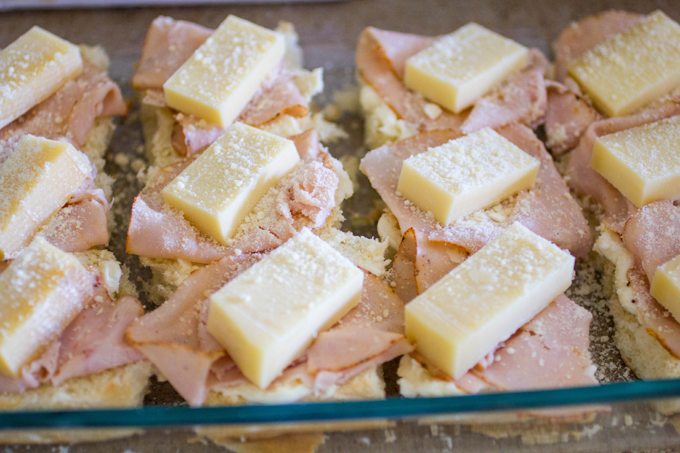 I love Pimentos. Funny story, took my 18 year old to the store with me to get some Pimentos.

They had them in a weird place, not where they would be in the actual grocery store where I am used to buying them. She is helping me look and gets all excited and hands me a jar. I look at the jar.

It’s green olives with stuffed pimentos. It’s apparently the only way she’s ever seen them come, so she thought I’d just fish the extra ones out of the jar or unstuff the olives. I couldn’t stop laughing.

I found my jar of pimentos, by the way. Top each one with some. 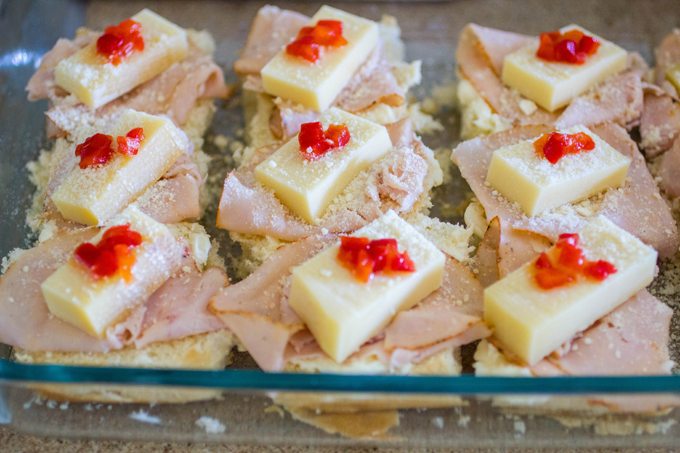 Yep, get that bacon on there.

I used one slice per sandwich and just cut it in half and criss crossed it.

The bacon was so hot and I might have eaten some. Make sure you fry up a little extra for you to eat. 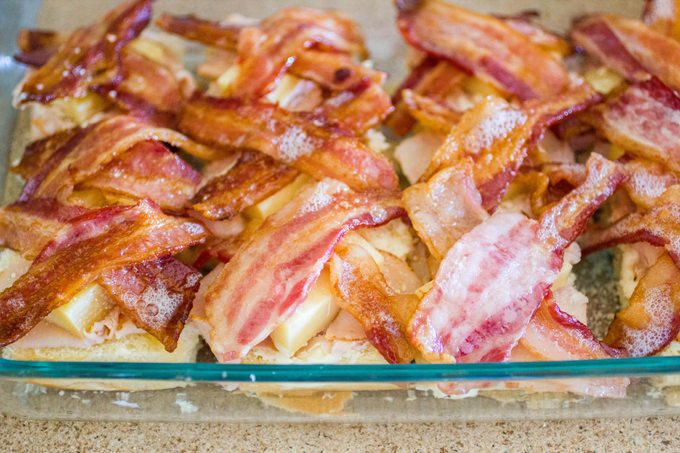 Time to closer ‘er up. Just put the tops back on. Pretty simple.

And we’re going to whip up some deliciousness to pour over the tops of them. Just to kinda give the whole thing a little more flavor.

You don’t have to, but you’ll love them so much more if you do. Pour the sauce over the tops and pop ’em in the oven. 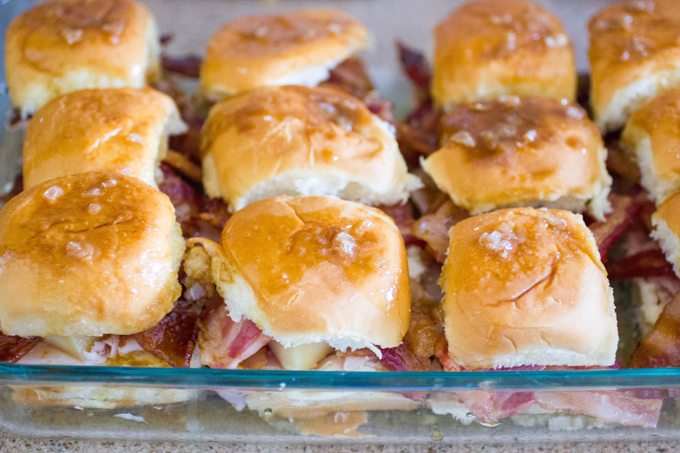 Pull ’em out when the cheese is melty and the tops are golden. Eat warm! So good!

Want some other options for sliders?

You ready to whip up a batch of Kentucky Hot Brown Sliders? 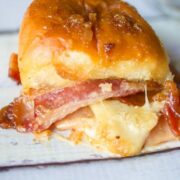 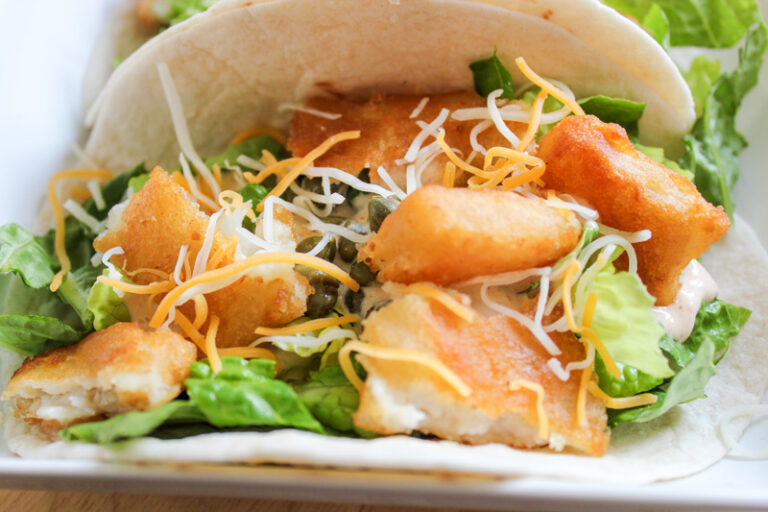 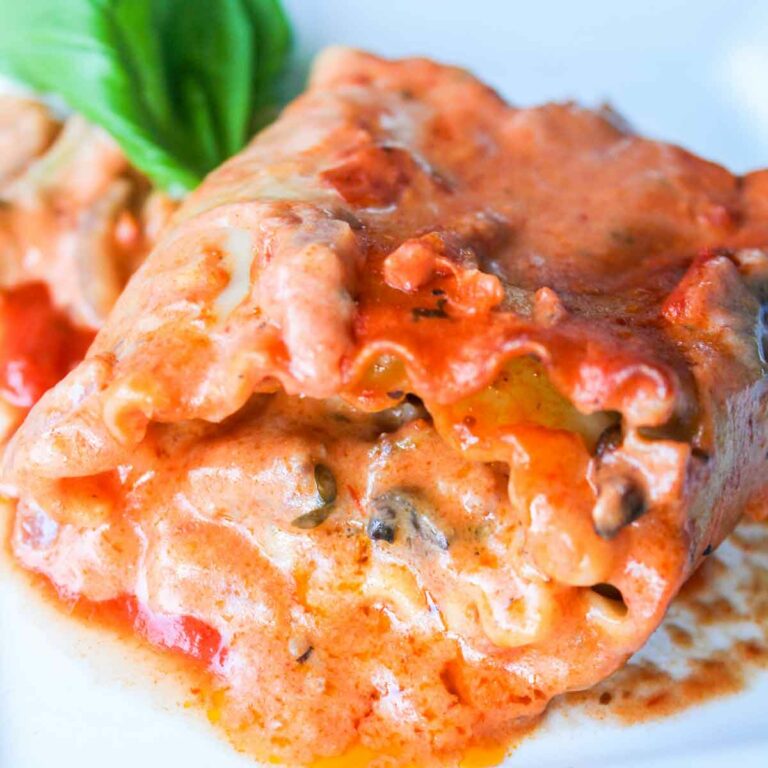 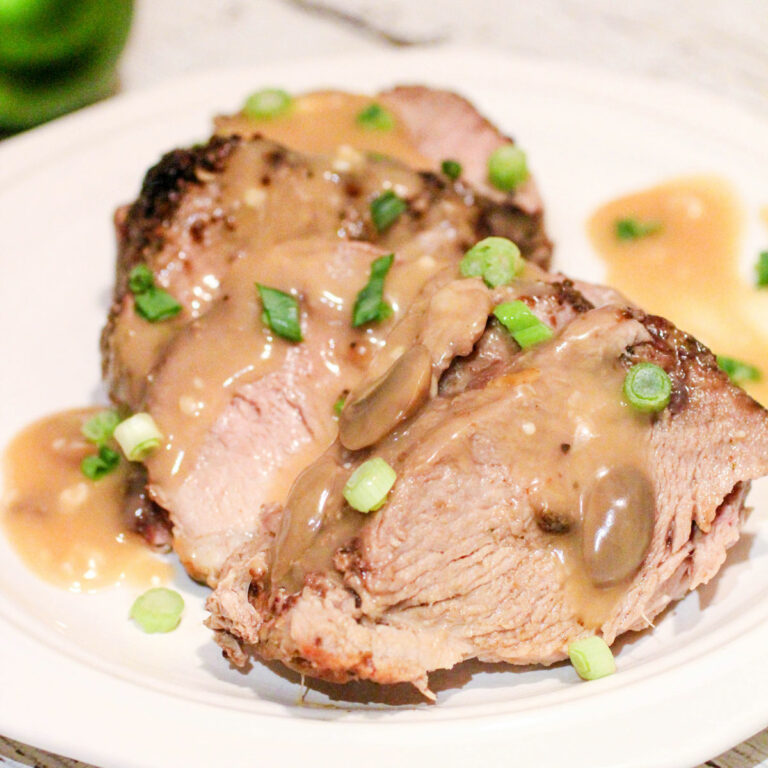 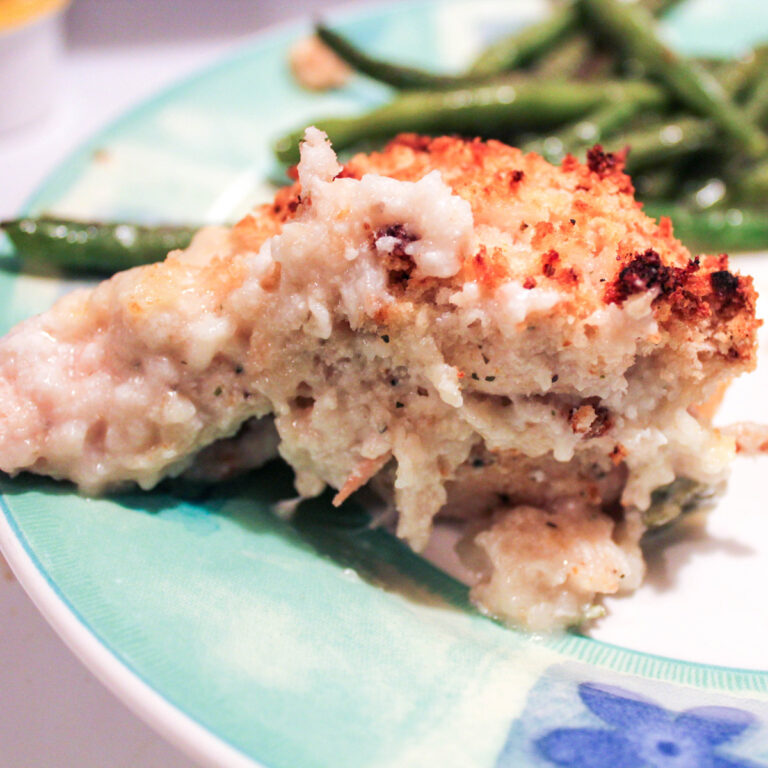 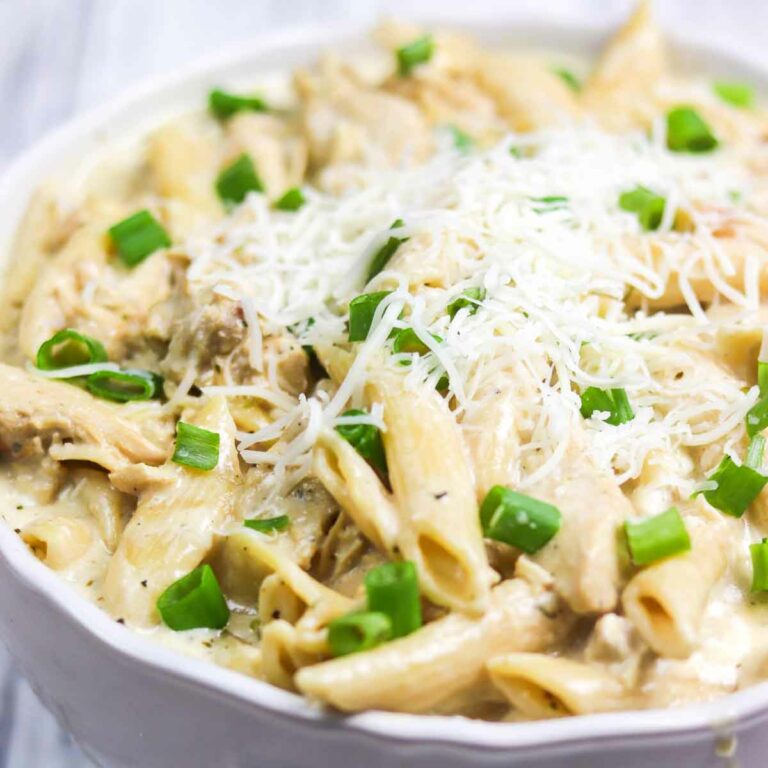 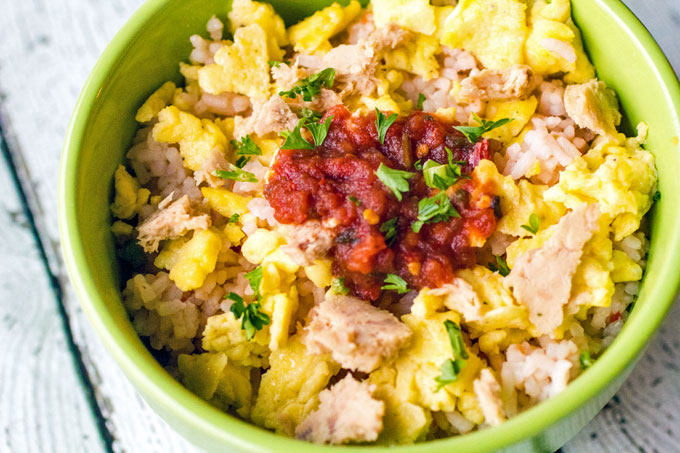