Easy Angel Food Cake baked right in a bundt pan (in case you don’t have a tube pan). Incredibly fluffy, airy and delicious Just the way classic Angel Food Cake should be! 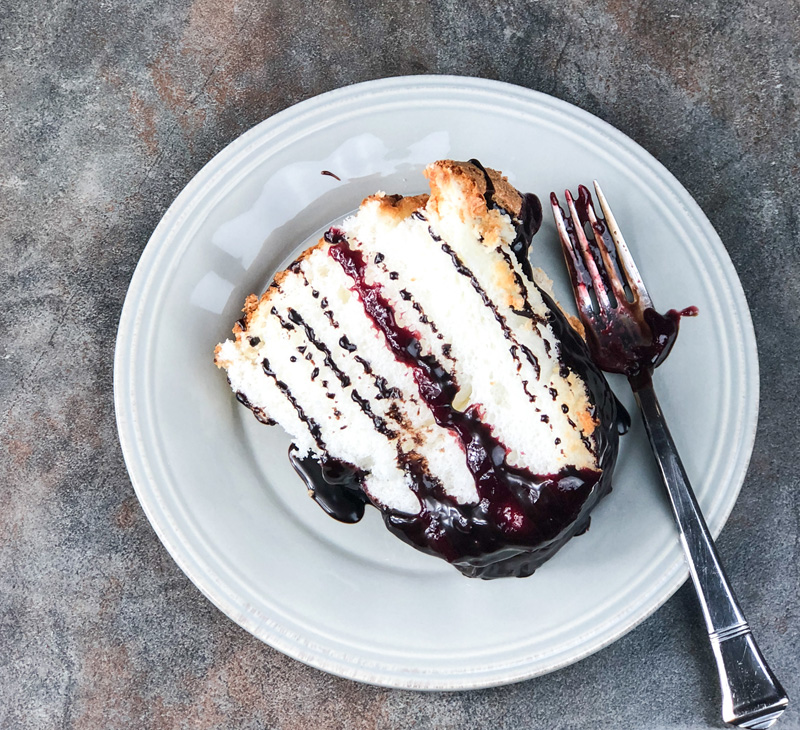 Many people say you can’t make an angel food cake in a bundt cake pan.

But I have found that not to be true.

But the texture and the taste are identical to any angel food cake I’ve ever made in my own tube pan.

My foray into trying it with a bundt pan stemmed from needing an angel food cake for an event.

Somehow in our move, my angel food cake pan went missing and I couldn’t find it anywhere.

I mean where does an angel food pan go?

Honestly it’s probably just in our storage unit but I couldn’t find it when I needed it and I didn’t have time to go shop for one.

So I ordered one on amazon to replace the missing one, and had to wait for it to arrive.

But I couldn’t wait to make this angel food cake, so I set out to try making it in a bundt pan, which I have several of.

I literally researched the heck out of it.

I read every person’s account of making an angel food cake in a bundt pan.

And was quite surprised at how many people said they had never made one in a traditional angel food cake pan.

That’s the only way I’d ever made one until I couldn’t find mine.

So I got a bit excited and gave it a shot.

Since many were saying it could be done, I set out to try it.

The one thing I read was that it needed to be a non-stick bundt pan.

The problem is, I didn’t have a non-stick bundt pan.

Six bundt pans and not one was non-stick.

So that caused me some concern, but I was still determined to try it.

I found the bundt pan that had the least amount of crevices and intricate details and went with that.

From what I read, that was the only thing I needed to really watch for.

However, since then, I’ve done it.

Sometimes the cake sticks a little bit but honestly the cake still looks beautiful served with sauce poured over, or even glazed. 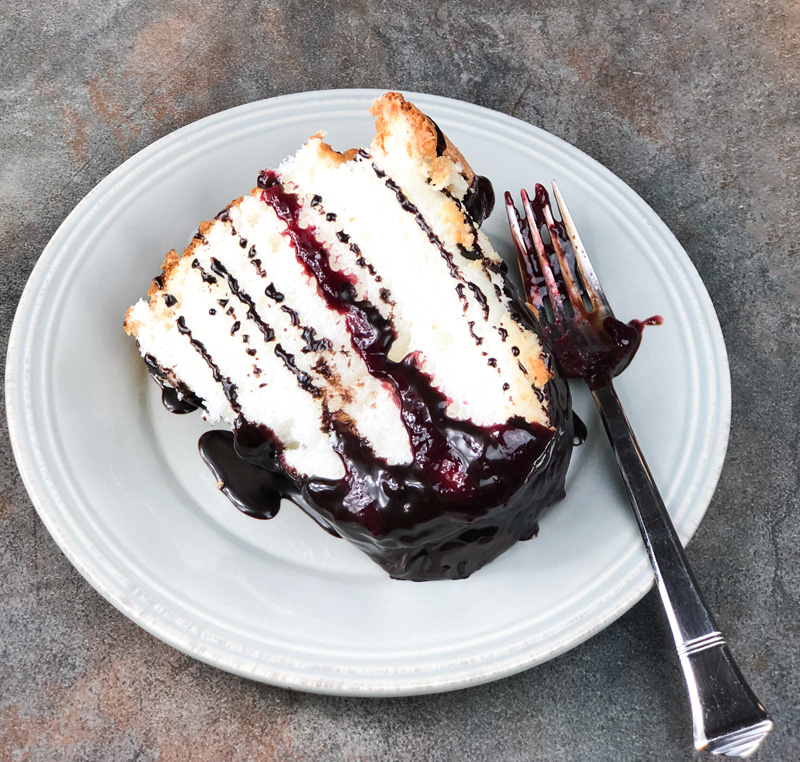 The angel food cake recipe I used was the same one I’ve used since I learned how to bake, so I know it’s a good one.

But it’s tried and true and super simple.

It wasn’t difficult, or hard – I did have to run a knife around the edges but other than that, as you can see from the photo, it’s perfect.

Are you ready to make this Easy Angel Food Cake in a Bundt Pan?

It’s so simple. It makes an easy but elegant dessert and you can make it today to have on the table tonight.

Serve it with chocolate sauce, caramel sauce, fruit topping, fresh fruit or almost anything you’d serve over a cake slice.

When do I add the salt?

It's in the 4th step. Hope that helps!

I have some leftover egg whites from a acustard recipe and don’t want to waste them, this recipe looks perfect! Just a question, what size Bundt pan was this made in? Just a standard 9x5? Thanks!

This was made in a standard 12 cup bundt cake pan. I hope that helps, sorry I didn't list that. Enjoy!

Can you make this in cupcake pans?

I am not sure if you can make this in a cupcake pan or not. The batter and cake is VERY sticky so I'm not sure how easy they'd release. Maybe if you used a lot of spray? If you decide to try it, let me know how it turns out.

I was looking for an easy recipe and this sure is! I needed mini angel food cake for birthday party. These cooked up like a charm in my mini bundt pans! The part of the recipe that took the longest was separating the eggs! I did sift the powdered sugar and cake flour three times to make it light and fluffy. I will never buy a boxed angel food cake mix again!

Love this recipe!! So much better than store bought! I made the first one in my bundt pan, because I forgot I had an angel food pan. It turned out so nice! I found my angel food cake pan and will make it for the 4th time now. I will use the angel food pan simply because it is easier to get out. Thank you for sharing this recipe!