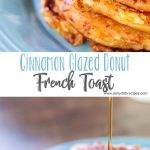 Gooey, delicious cinnamon glazed donut french toast makes a stale donut into a delicious breakfast that young and old alike will delight in. A twist on a true classic, but made better!

Why you want to try this recipe:

While I wouldn’t necessarily do a lot of substitutions for this recipe, you can adjust accordingly. We just really like how these come out this exact way, but here are some ideas.

You can sub out the glazed donuts in the recipe for any kind of traditional flavored donut.

I would stick to ones that don’t have frosting on them but I would imagine that could work as well.

No substitutions here, you definitely need the egg to help it all come together.

Note: I would imagine that you could use an egg substitute product but we haven’t tested it that way, so no promises.

You could totally use other spices – nutmeg or ginger in the winter, pumpkin spice in the fall.

We have tried five spice and cinnamon and it was amazing!

While I strongly recommend the heavy cream for it’s thickness and the richness it adds, a good substitute is half and half. If in a pinch, you could go ahead and use milk.

Let’s face it, our eyes are often bigger than our stomach and a baker’s dozen donuts might actually wind up being too much for us.

I’m sure I am not the only one on the planet who winds up with stale donuts on day 2 or 3.

I hate to throw things away, but even sometimes trying the tricks to revive them, simply don’t work.

So why not use them in a new and creative, yet totally delicious way?

How about Cinnamon Glazed Donut French Toast. Yes, you read that right.

It only requires a handful of ingredients and while I’m sure you could technically use fresh donuts, stale is best, just as stale bread is best for regular french toast.

Cinnamon Glazed Donut French Toast makes breakfast fun and unique. Our family adores these and it’s a great way to use up your leftover donuts.

You know the ones. The dry, stale donuts that sit in the box until somebody notices and tries to think of where to throw out that giant box of not delicious donuts anymore. They just sit.

Well, guess what? They don’t have to anymore.

It doesn’t matter if they are Krispy Kreme, Dunkin Donuts or your local grocery bakery, any day old or more donut is gonna do just fine. 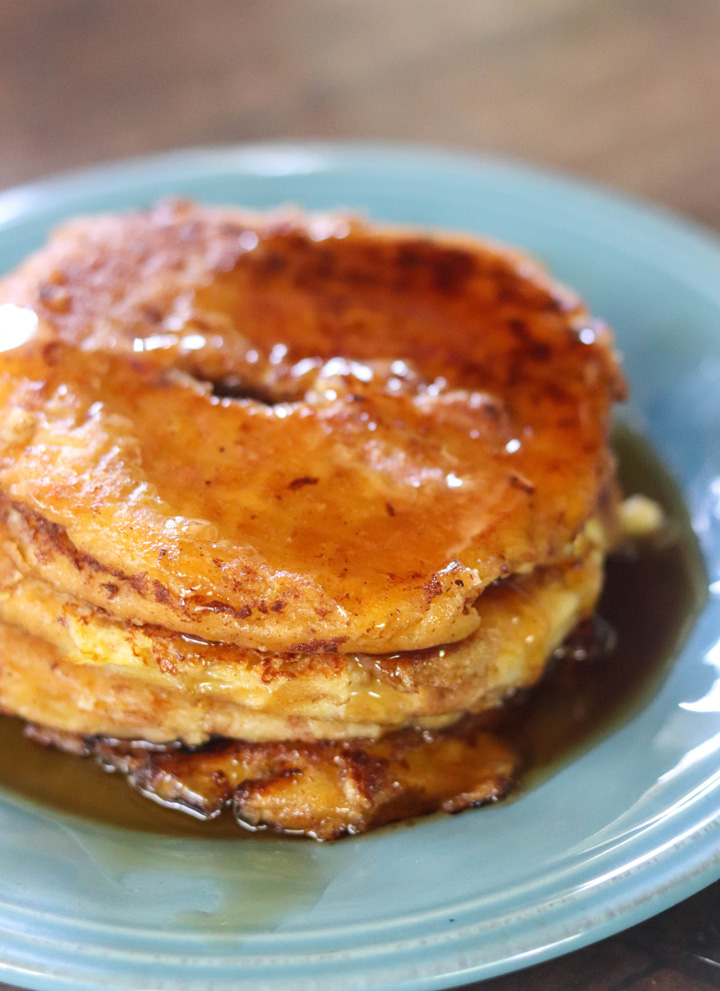 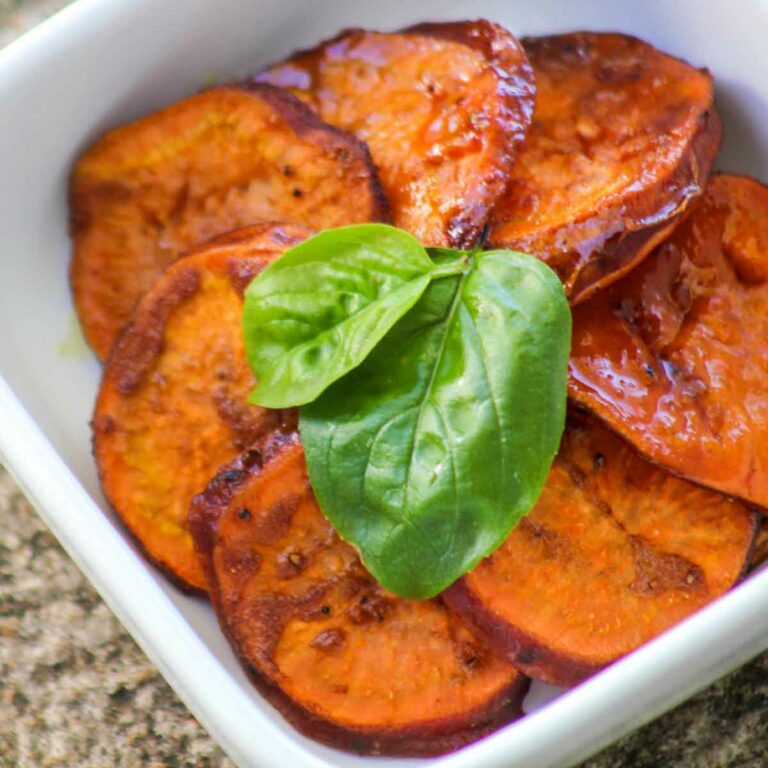 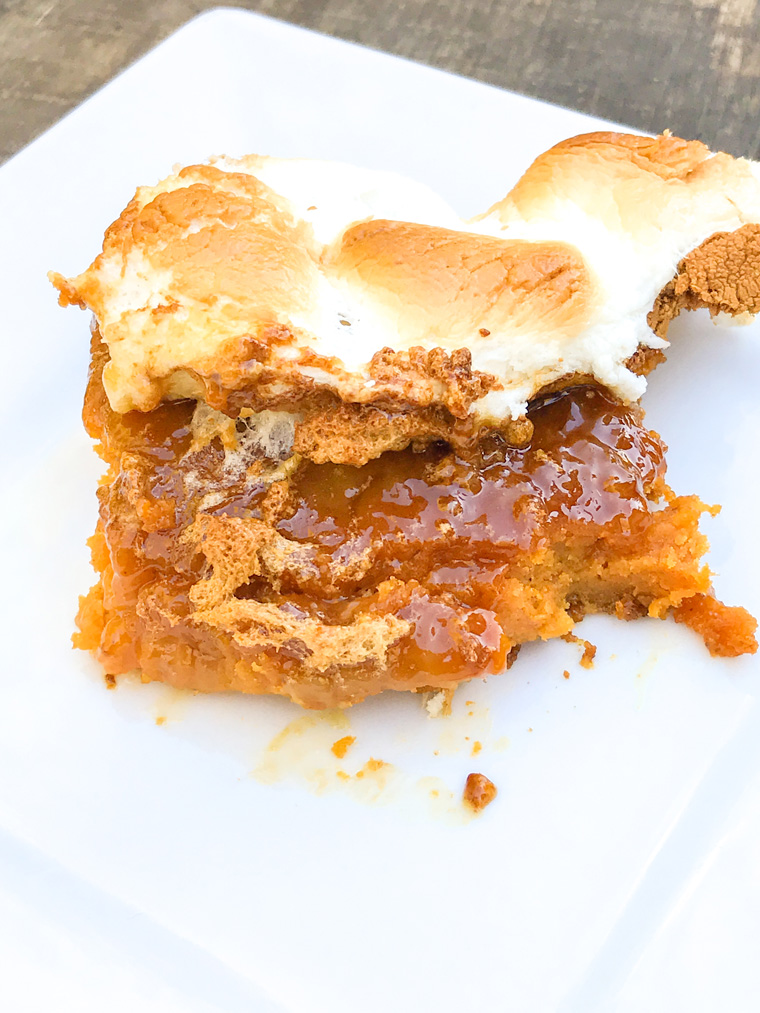 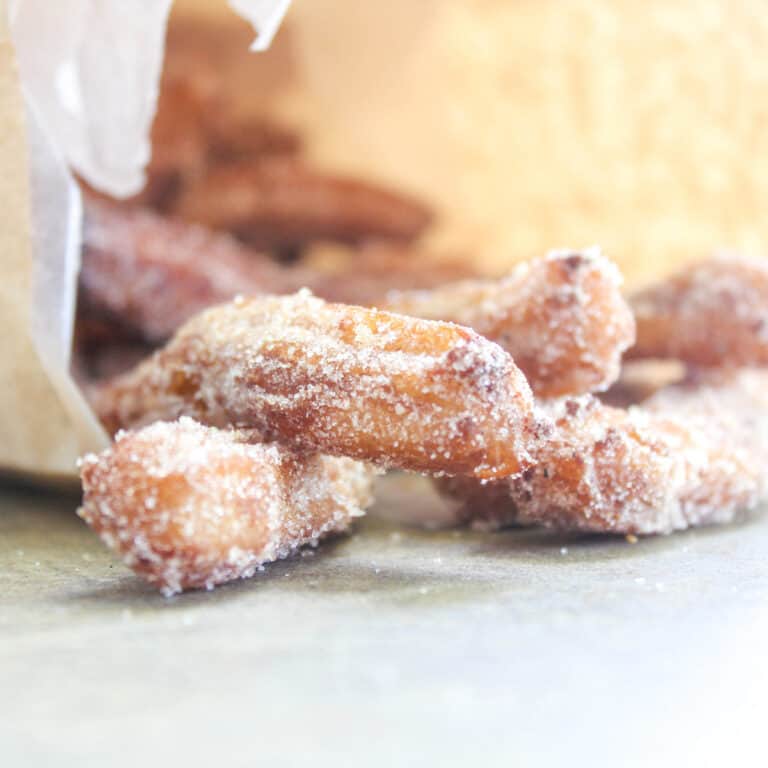 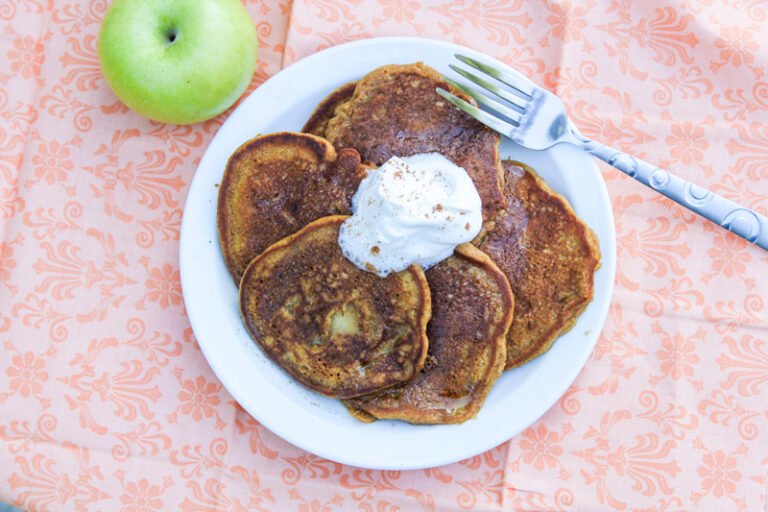 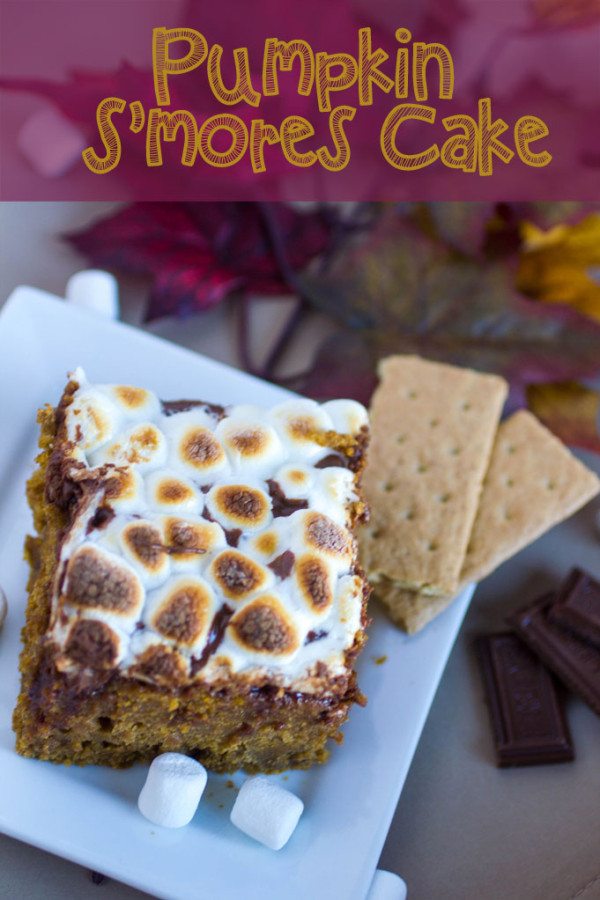 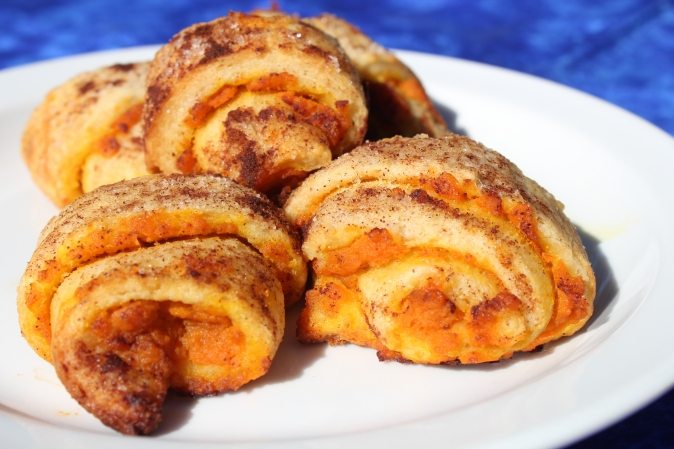