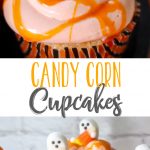 Delicious vanilla cupcakes topped with real candy corn frosting and then drizzled with a candy corn simple syrup. These candy corn cupcakes are literally the bomb!

This post/recipe was created for #HalloweenTreatsWeek! I was sent samples by some of the sponsor companies but as always opinions are 100% mine.

Wow, we’re nearing the end of #HalloweenTreatsWeek which is kinda crazy. After today, only one day left.

And that also means there isn’t a lot of time left to enter the giveaway. Go check it out and look at all the prizes! Then ENTER!

Today is Day 5 and I brought Candy Corn Cupcakes with real Candy Corn Frosting. These cupcakes are incredible.

If you are a candy corn fanatic, you will love them.

Each of these cupcakes starts out with a simple, moist vanilla cupcake.

But where the whole thing needed to come together is in that candy corn frosting.

I wanted to see if I could get a strong candy corn flavor in the frosting. So I started out with some heavy cream and infused it with almost an entire bag of candy corn.

When I whipped it a day later or so, I was so pleased with the flavor.

I did add more heavy cream to make it a bit thicker, but know that this is a whipped cream frosting so must stay refrigerated to hold it’s shape.

So you’re probably wondering what that orange syrup is on top. That is the cream de la creme of the cupcake. A delicious candy corn simple syrup.

The best part of the candy corn simple syrup is that fact that it can be drizzled over all kinds of things, but these cupcakes were on the top of the list.

And the cute little ghosts holding the candy corn on top?

Those are from Wilton, and while not necessary for the cupcake, they just wouldn’t be the same without them.

Check out the amazing #HalloweenTreatsWeek recipes from our bloggers today! 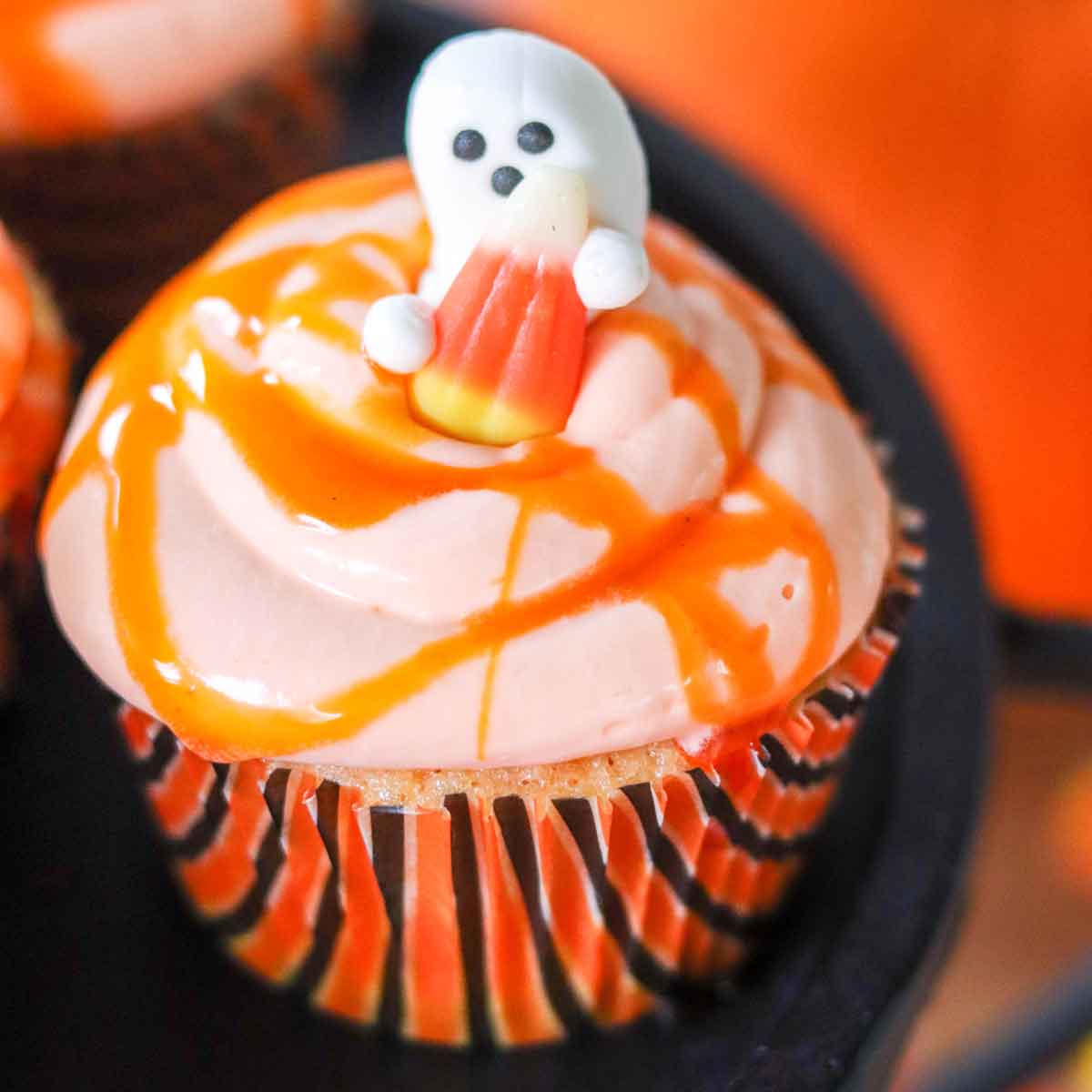 For the Candy Corn Cupcakes

For the Candy Corn Frosting

Keyword cupcake recipes, halloween recipes
Tried this recipe?Please leave us a rating and then share a photo on Pinterest or Instagram and tag us @dailydishrecipes or #dailydishrecipes — we can’t wait to see what you’ve made! 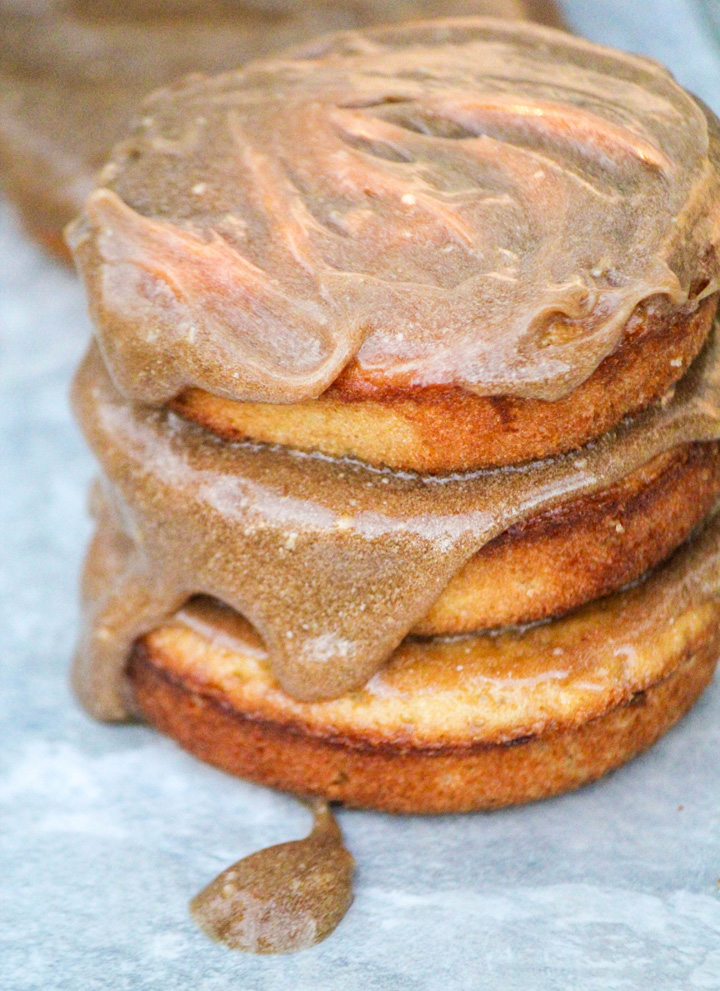 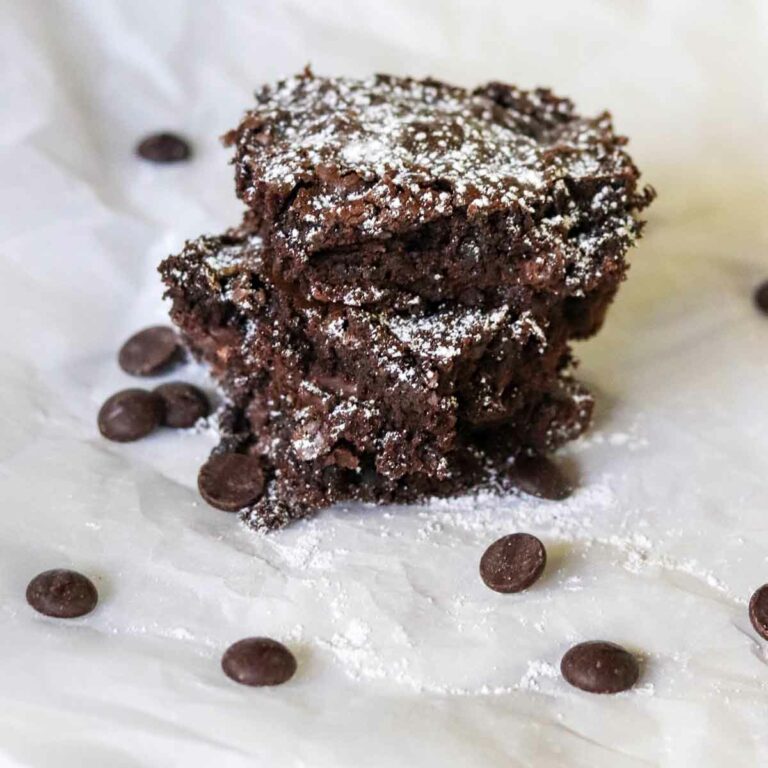 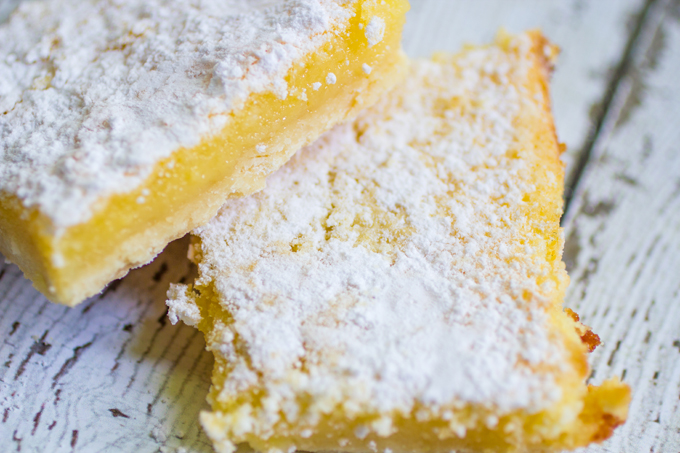 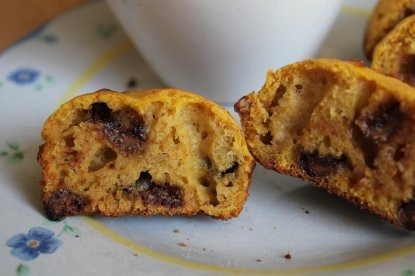 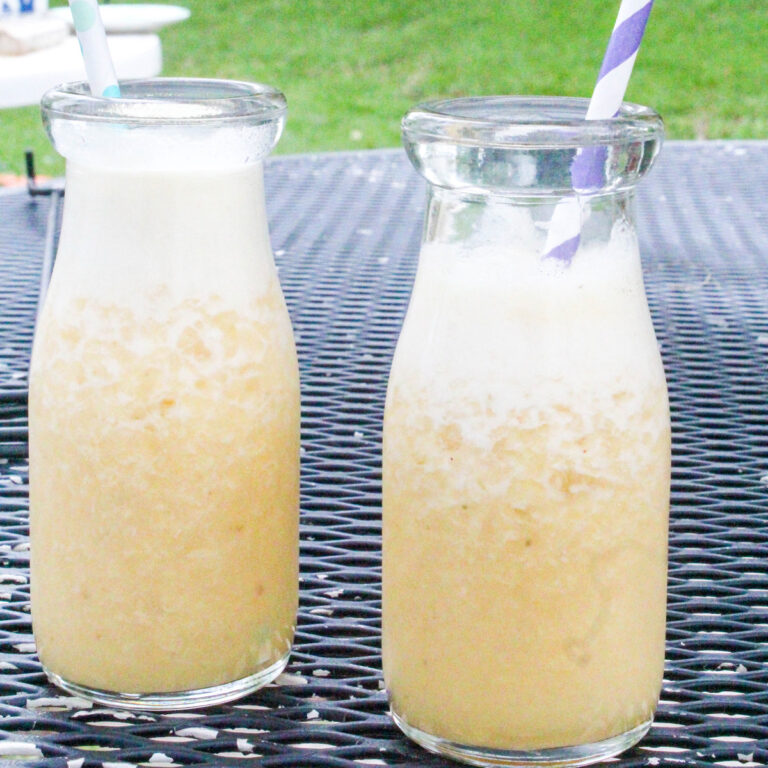 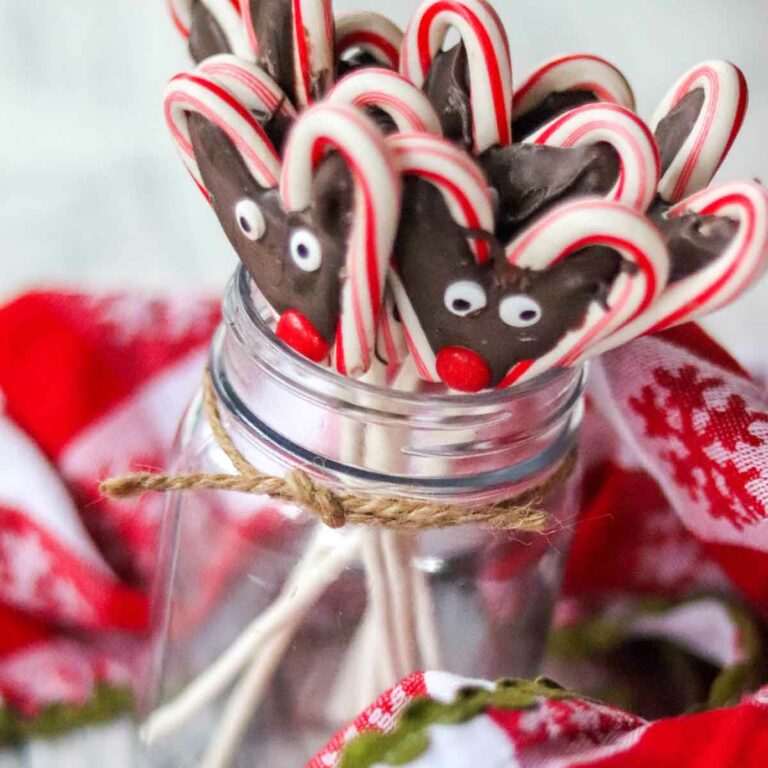