Food evokes emotion and memories. More than likely, at some point in your life you’ve eaten something that has taken you back to your home or childhood, or at least reminded you of it. Over the Christmas holiday, I showed my oldest the following Western Union video and asked him to tell me what he missed about home. His answers surprised me a little.

Surprisingly he got emotional while watching the video, and said that it was true… certain recipes I made, were absolutely the one thing he missed most about not being with me. I’ve heard most of my kids say they have eaten something at someone elses house, or on a trip, that reminded them of the one I made, but mine was always better. Is this because it was prepared with love, by me or because it’s a comforting memory for them of home?

My son’s response to the video was simple. I miss everything about you. Obviously he melted my heart, and I must admit I might have been a little emotional at that point as well. However we took it further and I asked him about the recipes and food I make. I haven’t always been a food blogger, but I’ve always cooked meals from scratch for my family. Even when my children were babies and toddlers, I made a lot of baby food on my own as well. It wasn’t just for the health benefits, those though are far greater being made at home.

I also made food from scratch, because I find being in the kitchen therapeutic and stress relieving so it’s just what I do. Most of the time, it’s nothing super elaborate, but enough to take my mind off things and focus on the creative process in the kitchen for a little bit. My son noticed this too but said, that the simple things I made before I started food blogging (when they actually got meals more than once – ha!) are some of his very favorites. He also told me many of the things I made for my blog were favorites of his too and that he missed them.

We live in St. Louis and St. Louis is known for having several items you just can’t get anywhere else. And even if you do get them anywhere else, they are simply not the same as home. Home being St. Louis of course.

Among my son’s favorites were:

Toasted Ravioli – Savory Toasted ravioli has been traced to our Italian neighborhood, known as “The Hill”, here in St. Louis, Missouri. My son has loved this since he was so small, and by the time he was three, I had discovered how to make it at home so we didn’t have to go out to get it. Now days, you can buy a box in the freezer section, but as he said… it’s not the same. At all.

Gooey butter cake is a type of cake traditionally made in the American Midwest city of St. Louis. Gooey butter cake is a flat and dense cake made with wheat cake flour, butter, sugar, and eggs, typically near an inch tall, and dusted with powdered sugar. While sweet and rich, it is somewhat firm, and is able to be cut into pieces similarly to a brownie. Gooey butter cake is generally served as a type of coffee cake and not as a formal dessert cake. There are two distinct variants of the gooey butter: a bakers’ gooey butter and a cream cheese and commercial yellow cake mix variant. It is believed to have originated in the 1930s.

Since it’s such a popular commodity here in the Lou, I make all kinds of different styles and types, because well… that’s what I do.

Here are a few of his favorites: 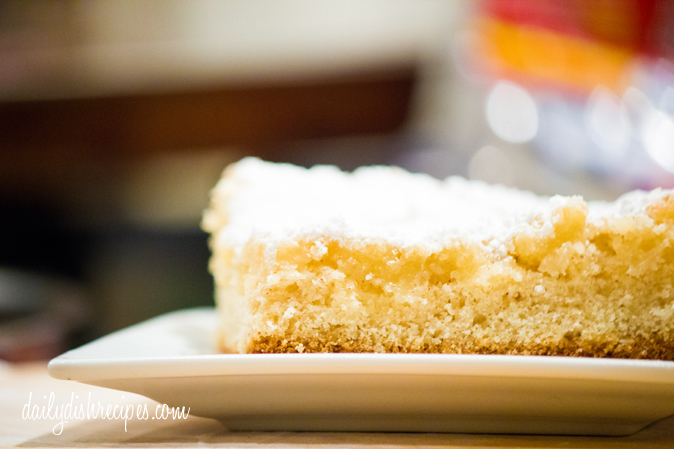 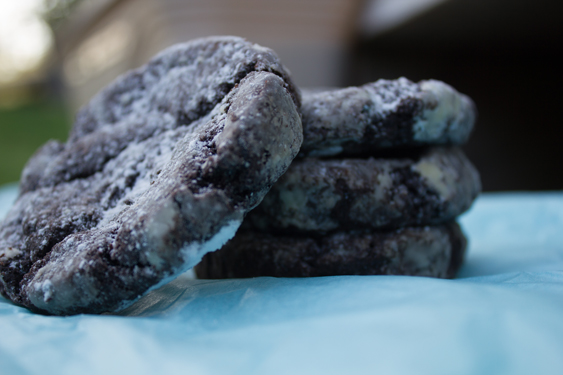 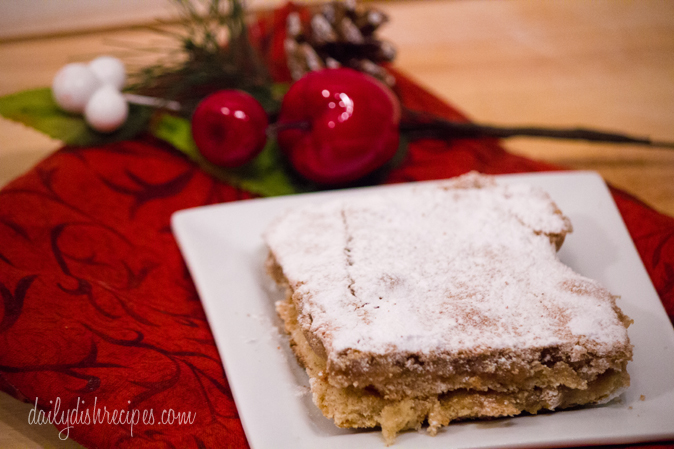 Provel is a white processed cheese particularly popular in Saint Louis cuisine, that is a combination of cheddar, Swiss, and provolone cheeses. Provel has a low melting point and, therefore has a gooey and almost buttery texture at room temperature. It is the traditional topping for St. Louis-style pizza. It is also often used in the preparation of cheese soup and served on salads, chicken, and the Gerber sandwich. Some restaurants use Provel for their pasta dishes with white sauce instead of the customary fresh Italian cheese and cream. Although popular in the St. Louis area, Provel is rarely used elsewhere.

Gerber Sandwich – In which he referred to as the Ham Garlic Bread Thing. Okay, so close. LOL

The Gerber sandwich or “Famous Gerber sandwich” is an open faced sandwich which consists of a half section of typically Italian bread (though in some cases French bread is used), topped with garlic butter, and then piled with ham, and Provel cheese.

To take it even further, many season it with a dash or two of paprika. It is then toasted and served hot. And it is GOOD!

A non-traditional St. Louis dish he also loves, is these Italian Nachos we concocted one afternoon with ingredients we happened to have on hand.

I think he really likes them because they are smothered in Provel cheese, and almost like a St. Louis style pizza. 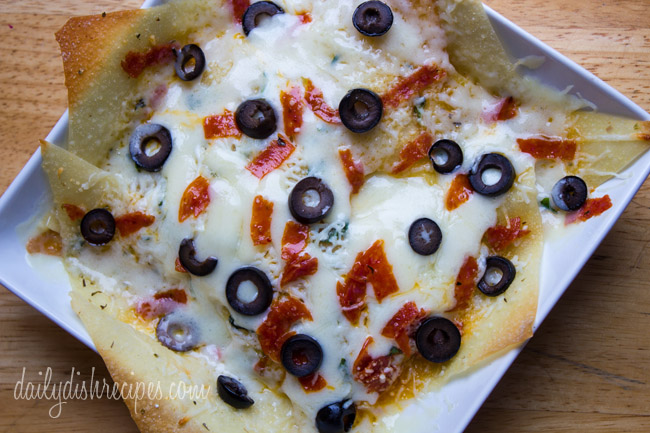 So I shared my son’s favorite memories about food from home… what memories do you have from home? What are your favorite foods you miss?

Nice recipes. Thanks so much and have a good day and week.