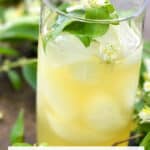 The sweet taste of childhood. A unique, honey-esque taste, Honeysuckle Iced Tea is the perfect refreshing drink to cool off on a hot day. It’s a simple recipe, made similarly to traditional iced tea, but with Honeysuckle flowers instead. 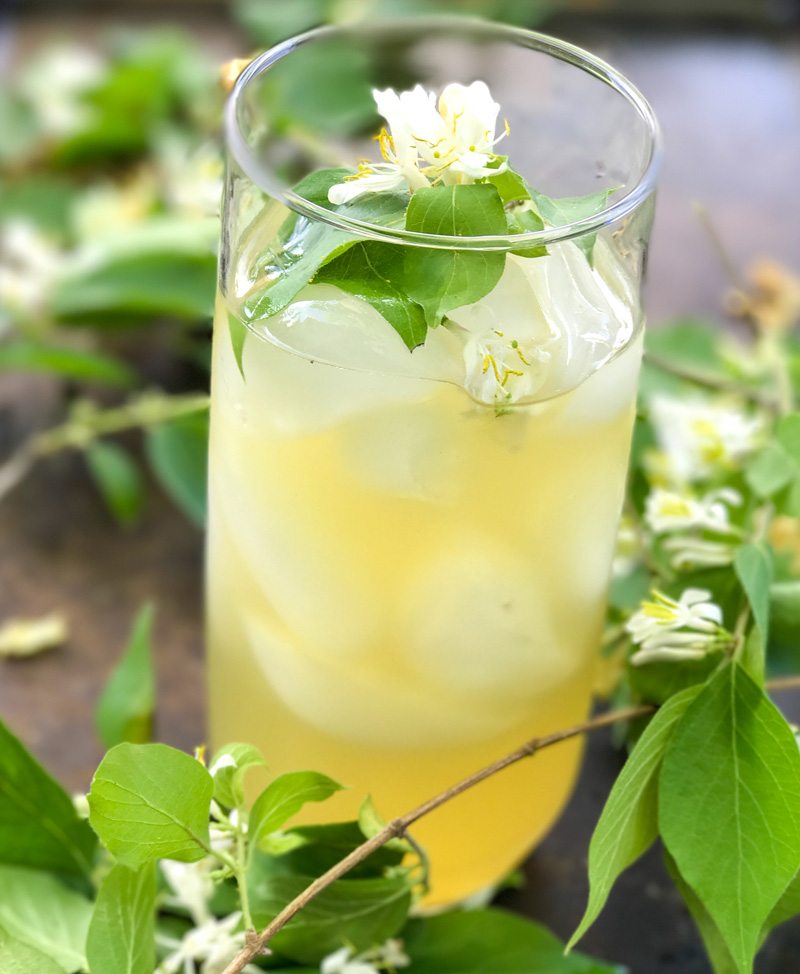 Honeysuckle Iced Tea is like childhood in a glass.

Do you remember summers as a child? I do!

A huge honeysuckle bush in full bloom, begging you to pluck off the little white flowers and slowly and carefully pull the stamen out of the flower to capture the droplet of nectar collected. The sweet sticky substance tantalizing your taste buds.

It was a treat. One I remember so well.

Those memories were a big part of my childhood, and now I’ve figured out how to capture that sweet taste all summer long. And all you need is a honeysuckle bush. And if you don’t have one, I’m willing to bet a park nearby might. 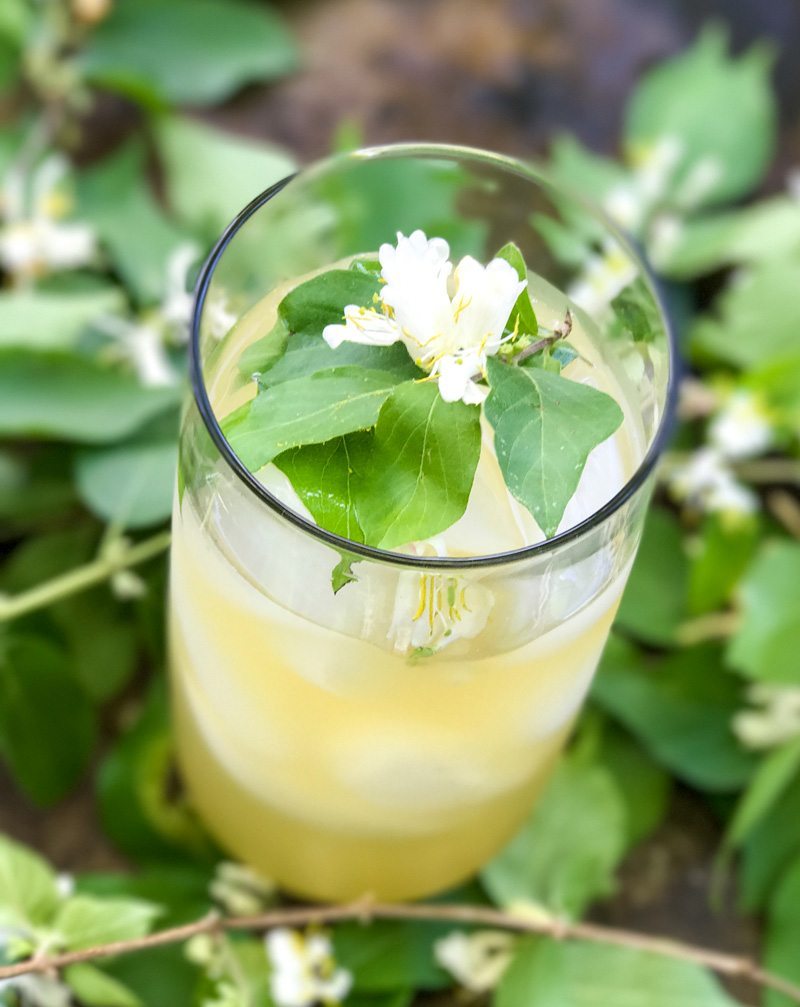 I live in Missouri, so every spring, the honeysuckle bushes start cropping up everywhere. Tiny little white and yellow flowers that are extremely fragrant and pretty to boot.

It was a walk by the river on a warm afternoon that prompted this recipe. I could smell the flowers on the banks for the river and had a flashback. I was with my grandson and thought to myself that I couldn’t wait until he was big enough to be able to pick those tiny buds and enjoy that sweet nectar.

I also wondered if I could use honeysuckle like I had jasmine petals, rose petals, etc. The bushes surrounded us, hundreds of thousands of tiny flowers. So many, I knew I couldn’t just leave them behind. I needed to DO something with them.

I went straight home to retrieve containers to collect all of the flowers I would eventually pull. We headed back and spent about an hour or so collecting flowers.

The whole time I kept wondering if this would really work. I hoped it would. I prayed it would. I wanted to enjoy that sweet taste again.

How to Make Honeysuckle Iced Tea

Well, guess what? It worked!

And it worked wonderfully. It was a matter of steeping the flowers in water for a couple of hours and then straining everything out. There’s more steps than that, but it was a relatively painless, easy process. We did it pretty much like we would have fresh tea leaves, we just used flowers instead.

What I had at the end of it all, was a refreshing, sweet Honeysuckle Iced Tea. Filled with ice, it was literally the best iced tea and totally screamed summer to me.

I just kept thinking there had to be more I could do with these flowers and since then, I’ve made tons of fun honeysuckle recipes and honeysuckle infused recipes.

I made this and it was great! We have a ton of honeysuckle vines so I tripled the recipe and made a whole pitcher.

Oh my goodness! That looks good. :) I feel inspired to make it.

This looks so refreshing! YUM!

Perfect for the hot summer months!