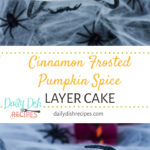 This Cinnamon Frosted Pumpkin Spice Layer Cake couldn’t be more perfect for Fall. A true labor of love, this spiced layer cake is not only delicious but quite fun to decorate too!

This post is sponsored by Dixie Crystals in conjunction with a social media campaign through SSM LLC. All opinions are my own.

You will love this Cinnamon Frosted Pumpkin Spice Layer Cake.

It’s hard to believe, but Halloween is just around the corner. This week we’ve partnered with Dixie Crystals to bring you some pretty fabulous Halloween recipes that will be perfect for kids and adults!

We had so much fun making this Cinnamon Frosted Pumpkin Spice Layer Cake with Dixie Crystals sugar.

The cake is a traditional pumpkin cake, made even better with plenty of spice and a wonderful moist crumb.

The frosting is a pretty traditional recipe but made better with the addition of Cinnamon. The Cinnamon frosting holds the two layers together and gives this cake an amazing finish that promises a flavor combination that is both elegant and festive at the same time.

There is also Dixie Crystals Brown and Raw (Turbinado) sugar.

Also on the website is the Kids in the Kitchen section where you’ll find hundreds of kid-friendly craft ideas, printables, edible art projects, activity sheets and sweet science projects.

Dixie Crystals sent me a big huge box of granulated sugar and powdered sugar, so trust that all sorts of delicious treats will be posted coming very soon!

This Cinnamon Frosted Pumpkin Spice Layer Cake is only the beginning!

In the meantime, let’s talk about this awesome cake. I spend most Halloween’s on my couch waiting for Trick or Treaters to show up and enjoy handfuls of candy.

We often invite another couple over for a fun adult dinner party, while my teens head out with friends.

We had so much fun decorating this for Halloween, but don’t be afraid to keep it plain.

It won’t matter how you decorate it, I promise this Cinnamon Frosted Pumpkin Spice Layer Cake will be a huge hit any way you serve it.

Cinnamon Frosted Pumpkin Spice Layer Cake is absolutely the perfect dessert to serve at any party, and I haven’t found a pumpkin loving adult who doesn’t literally love this cake.

The best part is, it’s good for more than just Halloween and can be decorated accordingly.

Try some of these delicious treats! 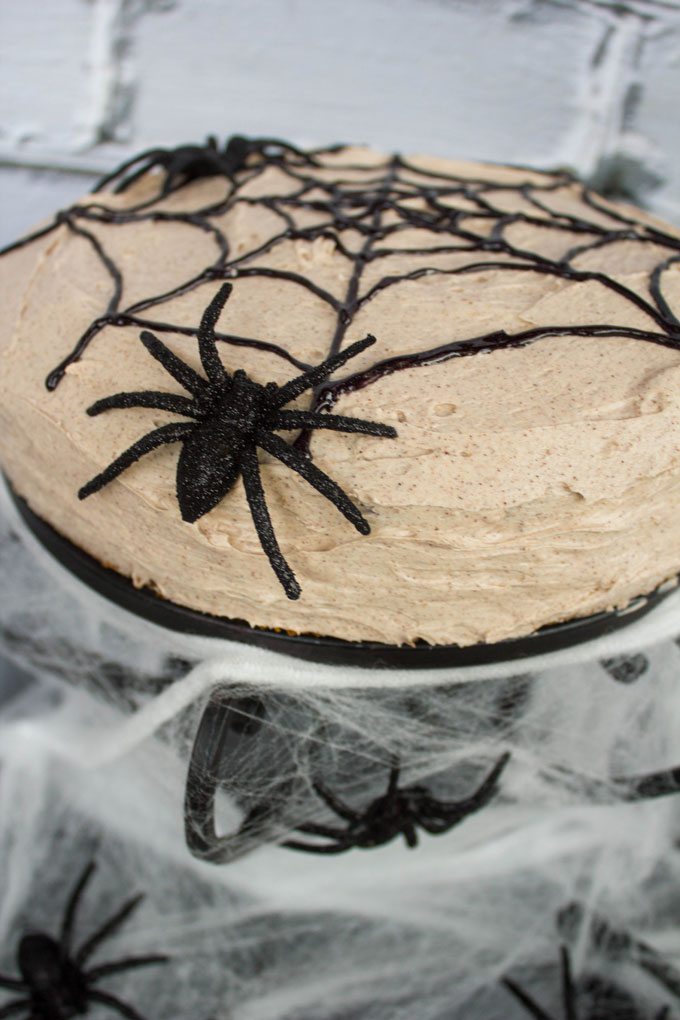 Such a beautiful cake! Love your photos and design! Nettie

The cake looks so moist! I'm craving a slice!

What a beautiful festive cake! I love the cinnamon icing!

Between the cinnamon icing and the moist and scrumptious pumpkin layers, this is one irresistible autumn dessert! Perfect for Halloween, Thanksgiving or anytime!!