A very old vintage recipe straight out of my grandma’s recipe box. Started as a joke, but was surprisingly good. So much fun for a big event, this bologna cake appetizer recipe will get your guests talking. 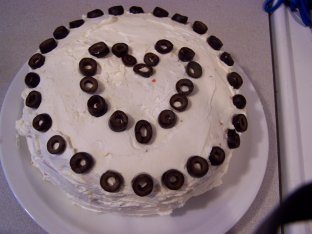 Don’t worry, it sounded gross to me too, but as long as you like bologna, you will like it. It is a total kid-friendly recipe and my kids were the ones who made it. They were having some friends over and wanted to prepare a few snacks, this one was actually the first one that was completely gone, so I guess it’s really THAT good to kids.

This recipe was in a box I retrieved out of my grandmother’s things I inherited. I have no idea if she ever made it, but we decided to give it a go. It’s vintage at best and is definitely weird, but was worth making.

OH, and our spring form pan was in use, so we tried it with a regular cake pan and it worked out just fine, it was just a bit trickier to get out of the mold. I suggest using a spring form pan if you have one. 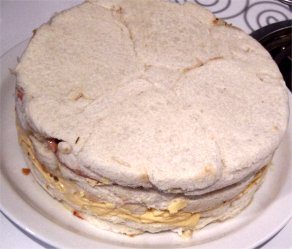 Side note: We tried this a second time with ranch dressing instead of the italian dressing and with turkey and ham instead of the bologna (trying to make it a tiny bit healthier).  I actually liked it better than the original bologna cake. I figured out its a great way to make sandwiches for a party or get together. Use a square pan and don’t “ice” the outside, but “ice” each layer in between where it calls for the italian dressing instead using a ranch/cream cheese mixture (or just cream cheese). It’s really good and can be sliced thin.

So are you ready to dig in and make this Bologna Cake Appetizer Recipe?

This really isn’t bad, and I was actually pleased. The kids absolutely loved it and garnished with black olives and did not want to use ketchup. 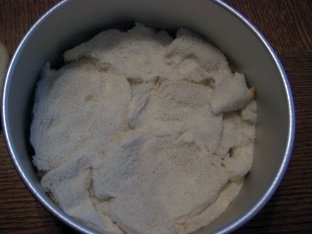 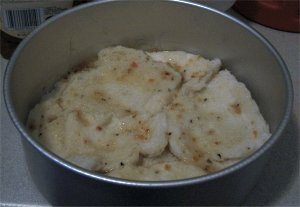 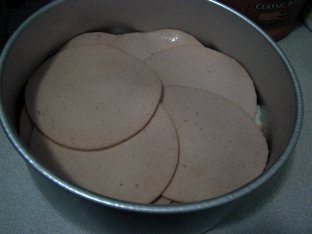 It would make the perfect April Fool's Day food!

Oh, my goodness. I may have to make this for my kid. Yes, she's 18, but this is right up her alley (with lunchmeat other than balogna, but still).