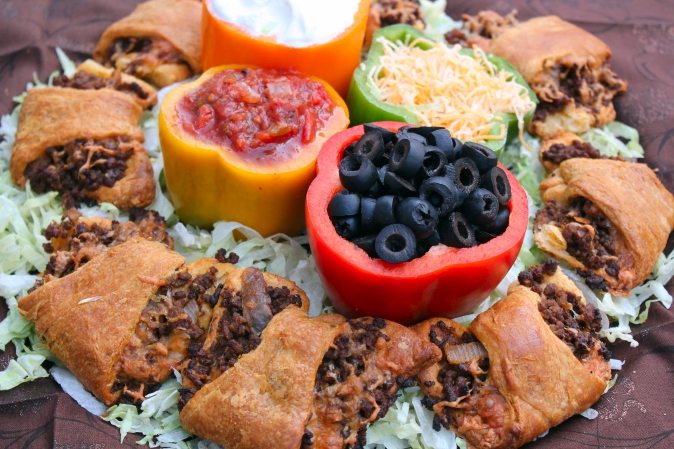 It’s time once again for the Secret Recipe Club group A reveal. I love the SRC for the great blogs I am introduced to, the great recipes I have to choose from and the friendships I’ve formed and networking I get to do. It makes it all so worth it.

Also for anyone who didn’t know, I am part of the editorial team, I do the social media for twitter. You should follow us at @secretrecipeclu for news and recipes from the group.

This month my assigned blog was The Cookin’ Chemist. I loved Tessa’s recipes immediately and was excited to pick one to try. It was so hard, I kept finding recipes that I wanted to make, like her Barbecued Chicken Burritos or Oreo Cheesecake Cookies (oh my!) or Flank Steak Tacos with Cilantro Lime Marinade. It got harder the deeper I dug into her archives. She has a lot of fantastic recipes to choose from and I just wanted the perfect one. I finally brought in the big guns – my 5 teenagers. I set them down with her website and let them go to town. After about an hour of a lot of discussion and a lot of running from the computer to the cabinets, pantry and refrigerator (assuming we were checking for ingredients) they presented me with Tessa’s Taco Ring saying this was what they wanted to make.

They told me the biggest reason they chose this one is because Tessa starts the whole post off saying that this recipe might be the one that won her, her husband. “That means it must be good” my son said.  So I gave them my approval and we ran to the store to get the few thing we didn’t have and came home. What was awesome is how quick this goes – prep time is next to nothing and cook time is equally as quick. I knew that because they were making it, they’d eat it. But I wasn’t prepared for what actually happened.

Not only did they eat it though, they devoured it. The first ring was gone in minutes and the second was gone a few minutes later. My husband and I concurred that if we wanted to have more than a tiny bite we probably needed to make more. haha!

The only change my teens made to the recipe is that they separated them into individual crescents instead of keeping them as an actual ring. When I asked them why? The response was: It was easier to pick them up and eat them. Leave it to teens to think of the easiest way to eat something.

They also grilled up the onions with the meat instead of serving on the side. It was delicious this way.

As you can see we may or may not have had a little bit of fun with the peppers. I love hallowing out vegetables and fruits to hold dips, soups and other condiments and when they saw that Tessa had done this with hers, they wanted to. They spent at least 10 minutes in front of the peppers at the grocery store testing them all out for standing ability and size. Cracked me up.

I was able to use up those bell peppers the following day grilled up with some steaks for hubby and I. Can’t beat that.

The kids styled and decorated and photographed their results. Tessa this is totally a keeper. Not only was it fun for them to make, but the husband and I thoroughly enjoyed it right along with them. SO good. I can see why your hubby decided to stick around. 🙂 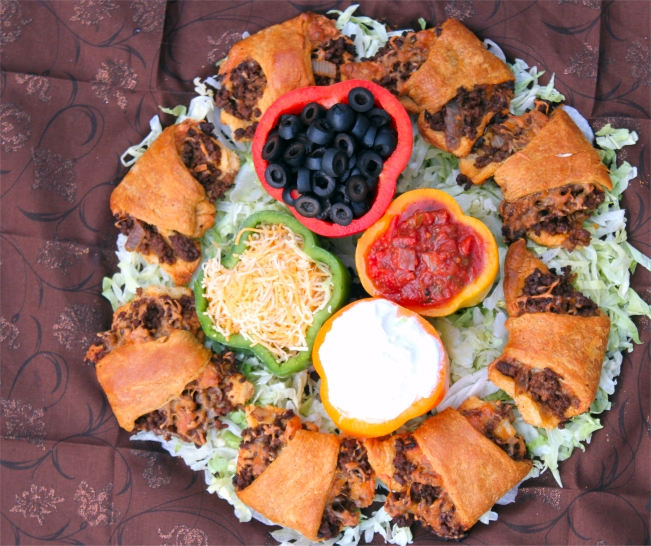 AMAZON DISCLOSURE: Daily Dish Recipes is a participant in the Amazon Services LLC Associates Program, an affiliate advertising program designed to provide a means for sites to earn advertising fees by advertising and linking to amazon.com. If you visit amazon.com and purchase something, we earn a commission off sales, at no additional cost to you.

Tell Us What You Think! Cancel reply

© Daily Dish Recipes. All images and content are copyright protected. Please do not use our images without prior permission. If you are creating a roundup, you may use 1 photo and link to the recipe on our site. If you have any questions, please contact us.