These fun little cookies – Scories De Vulcans or Lava Stone Cookies, named for Vulcan, the Roman god of fire, have a cracked, rocky surface and crackle like a volcano as they cool. 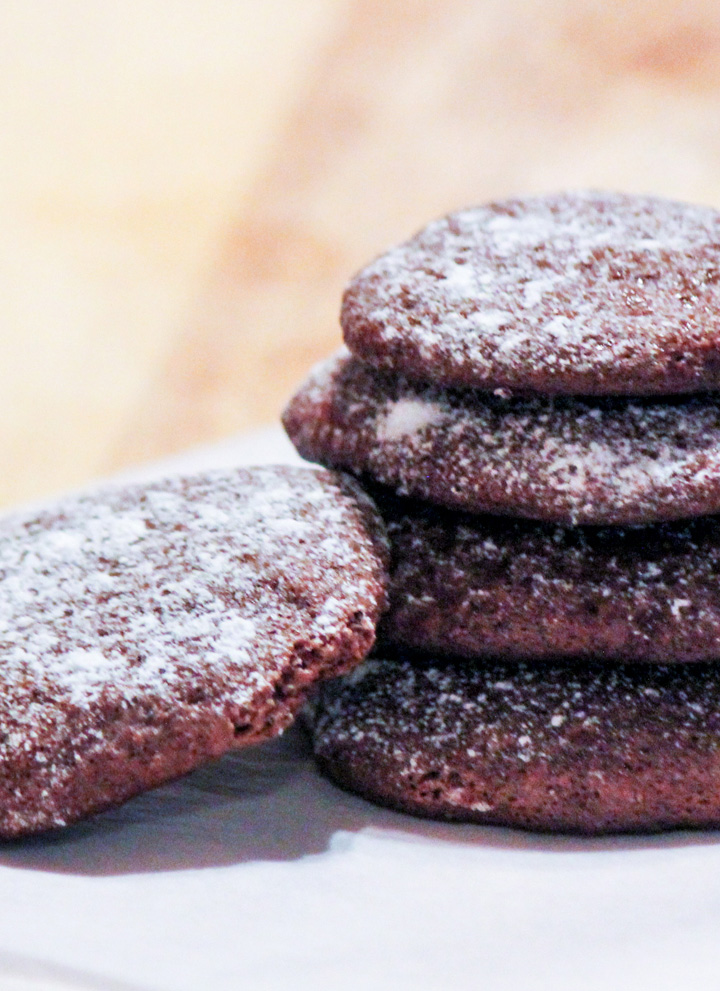 In addition, one letter change to (Volcan) explains away the Volcano/Lava connection. (Volcan translates to Volcano).

Scories De Vulcan or  Lava StonesCookies don’t look like volcano’s but the cracking sound they make reminds you of them anyway.

When my son came home about a month ago and announced that once again he was going to have to bring in a French food item made from home for class, I cringed a little.

I don’t mind making French food, and I love it – but we had to do this last year and we wound up with enough batter (he didn’t read the recipe correctly) to bring in… {drum roll please} 10 dozen madeleines.

Do you know how long we were in that kitchen? Yeah. 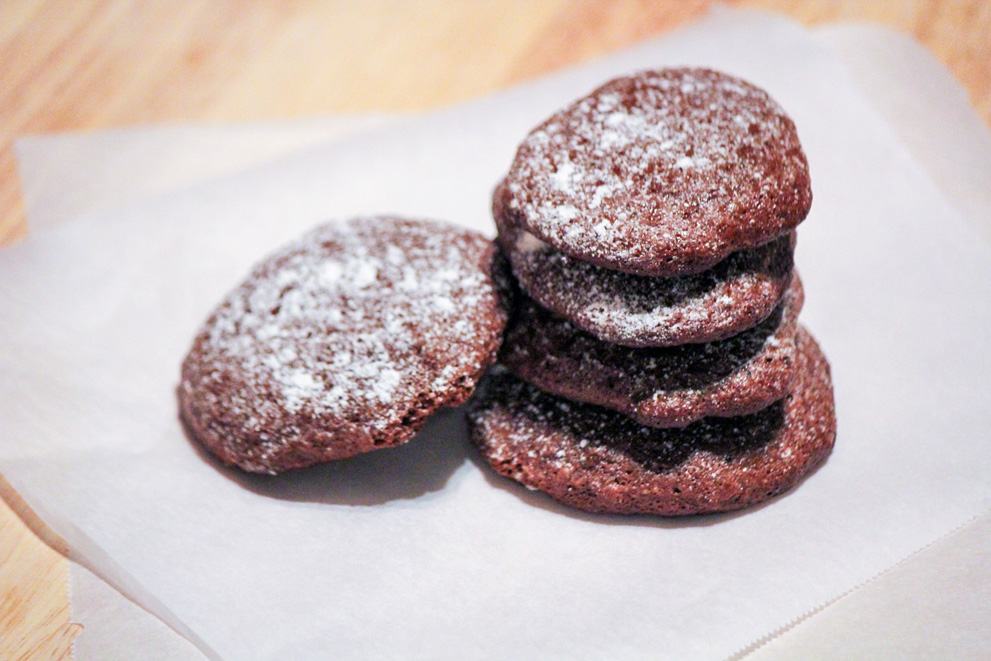 So this year, I sought the recipe for him and this year it had to be more challenging. It either needed to have more than 8 steps (besides stirring or adding something) or it had to have an exotic (read: hard to find) or expensive ingredient in it.

Since I didn’t picture bringing Lobster to school, I contacted his teacher and inquired on if using Baker’s Ammonia in a recipe would mean it was “exotic” enough for her.

These cookies are ridiculously easy, really pretty cool to make and appeal to a teenage boys need for interesting things (the crackling captured his attention every time we removed them from the oven. So cool.

I chose to bring these to my blog because they are unique, delicious and I want to share them. Plus, we’d already made them, so that was cool too.

Note: Do not use a substitution for Baker’s Ammonia in this recipe. It will change every aspect of it, despite what you think.

The blurb from the book The Country Cooking of France by Anne Willan.

These lively little cookies, named for Vulcan, the Roman god of fire, have a cracked, rocky surface and crackle like a volcano as they cool. They are made in the central region of France, famous for its lava-dotted landscape. The batter is crunchy with hazelnuts and flavored with cocoa, and it must stand for at least three hours before baking.

In compensation, the “stones” will keep for weeks in an airtight container. To ensure crispness, the batter uses baker’s ammonia (sold in baking supply stores and on the Internet), the same curious ingredient used in Croquets de Sancerre (page 338). Like ammonia, it stings your nose and must be used in a tiny quantity. For Coffee Stones, substitute 1½ tablespoons instant espresso powder for the cocoa.

First, make sure you follow the directions to a tee.

Second, we may have mixed too much the first time. So don’t over mix.

Our first batch was much different than our second batch. The 2nd batch we barely mixed — only pulsed and they came out thin, crispy and crackling up a storm.

The first batch were much thicker, didn’t have much of a cracked surface and while they did crackle and pop as they were cooling, they were much quieter about it.

This Week, we have a special host who knows all about Cookies.  Janet Keeler, Food & Travel Editor for the Tampa Bay Times and Author of Cookielicious will be joining us with tips on baking for the Ultimate Cookie Exchange and to answer any of your baking questions.

For more amazing cookies recipes like Snowball Surprise Cookies, check out  Cookielicious by Food Editor Janet K. Keeler from The Tampa Bay Times now while there is a special… Buy One Cookielicious Cookbook and get one for a friend!

How do you make Scories De Vulcan or Lava Stones Cookies?

Hello, I'm a fan of your work and whenever I can I'm here reading each new post. Congratulations on the great work you have been doing on the blog. Kisses

These look tasty, would love to have some with a hot cup of coffee or a big glass of milk by the fireplace. Thanks for the post.

My feelings are a little hurt that with all those madelines, you didn't share some with me!!!!

10 dozen madalines!? Wow that must have taken ages. Glad you found an easier one for this attempt for the French food assignment

These sound so good. I wish my daughter came home with a cooking project instead of some of the projects she has to do. Boring stuff like science fair projects lol