Sweet Coconut and Vanilla intertwine in this delicious coffee cocktail. Coconut Vanilla Kahlua Cow is unlike anything you’ve ever had. 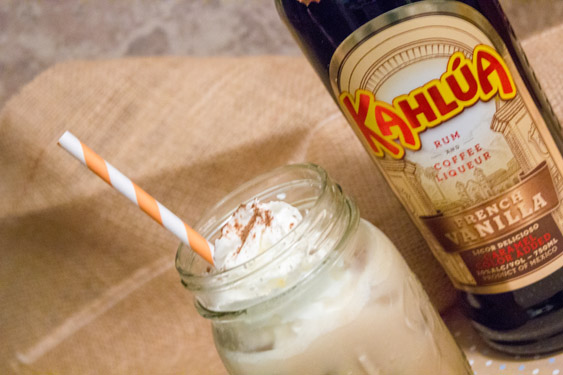 When I see a bottle of Kahlúa sitting somewhere, I’m instantly transported to some of the best girls nights out I’ve ever known.

And then all I crave is a good Kahlua Cocktail!

I distinctly remember one night, where we’d been good for the first half of the night and just had iced tea and soda, and before long, we decided to go for a round of drinks.

After several minutes of debating what to have, nobody could decide.

This proposed a problem because the server was standing there ready to take our order.

I can’t remember exactly how it came to be, but eventually it was decided the server would choose the drink and surprise us.

She wouldn’t tell us what it was until after we’d had some.

She came back to the table with a big round of mason jar mugs filled with what resembled chocolate milk.

I’m pretty sure at least one of us joked about that.

She assured us, that if it was chocolate milk, it was the best she’d ever had and it was the drink she requested the most often. 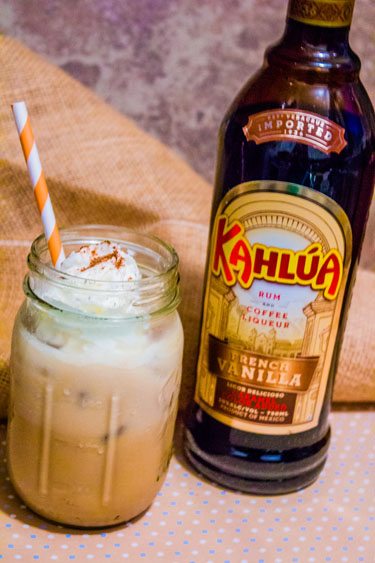 One sip and we were sold. We later found out that the name the restaurant had given the drink was the Kahlúa Cow.

She actually gave each of us a written copy of the recipe so we could take it home and drink it.

Since receiving it, we’ve all served it for many occasion and each time we try to one up each other and make the drink bigger and better with new flavors, additions and spices.

Thus in my kitchen one day, while getting ready for a girls night in, I created this delicious version – The Coconut Vanilla Kahlua Cow.

I loved this Kahlua Cocktail from the second I took a sip, but I wasn’t sure how the girls would feel.

It was very different than the original chocolatey version’s we tried to stay close to.

Instead, the Coconut Vanilla Kahlua Cow is the one requested item they ask me to bring to every get together we have now. I think I did okay.

You will love the classic combination of the rich coconut flavor enhanced by the sweet french vanilla Kahlúa. 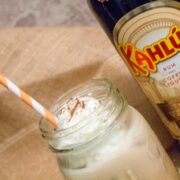 Tried this recipe?Please leave us a rating and then share a photo on Pinterest or Instagram and tag us @dailydishrecipes or #dailydishrecipes — we can’t wait to see what you’ve made!
This

This is a sponsored conversation written by me on behalf of Kahlúa. The opinions and text are all mine.